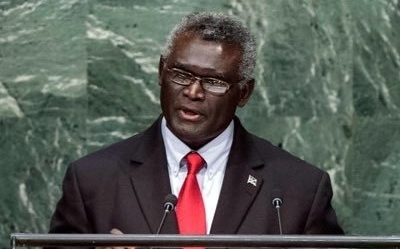 London : A key adviser to the Premier of the most populous province in Solomon Islands has expressed concern that the China-Solomons security deal could enable Prime Minister Manasseh Sogavare to use Chinese armed police and military personnel to quash democratic dissent and hold on to power for years to come, media reports said.

Celsus Irokwato Talifilu, who is an adviser to Daniel Suidani, the Premier of Malaita province, said that while it was “fair” that Australia, the US and other regional partners had focused their attention on the prospect of a military base on the islands, the major fear for many in Solomon Islands was the erosion of democracy, The Guardian reported.

“My main fear is (Chinese military or police personnel) put (Sogavare) in power for a long time,” he said. “People say, we are a democratic country, of course, it is. But when you have a force bigger than anyone else in the Solomons, it will be easy for him to use that force to support him and his ministers or those who are in government to ensure they come back at the next elections.”

“In such a fragile, volatile country, Chinese policing techniques and tactics that we’ve seen deployed so ruthlessly in Hong Kong, for example, are completely inconsistent with the Pacific way of resolving issues and could incite further instability and violence in the Solomon Islands,” said Andrew Shearer, the Director General of the Office of National Intelligence, who travelled to the Pacific Islands nation in March in a failed attempt to persuade Sogavare not to sign the agreement, The Guardian reported.