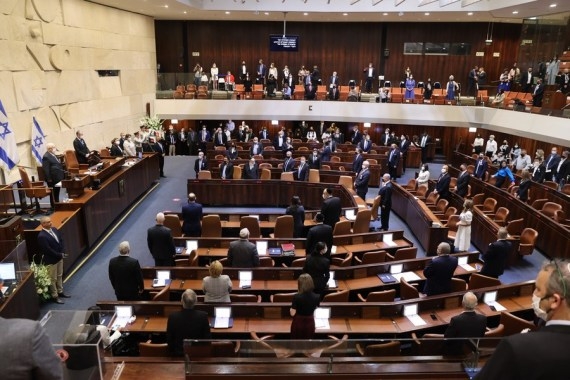 Tel Aviv, The Israeli Parliament will vote on approving a new government that could oust Prime Minister Benjamin Netanyahu by June 14.

Levin made the formal announcement to Parliament on Monday, noting that opposition leader Yair Lapid informed the President last week that a coalition deal had been agreed.

Hesaid a vote to approve the new government will be held within a week, in accordance with the Israeli law.

“An announcement regarding a date for the session to establish the 36th government will be conveyed down the line to MPs,” the Speaker said during the session.

Lapid, leader of the centrist Yesh Atid party, announced last week that he reached a deal to form a coalition government with nationalist Naftali Bennett, leader of the pro-settler party of Yamina, and six additional small parties.

The coalition has a slim majority of 61 out of 120 seats in the Knesset.

It also includes Ra’am, an Islamist party headed by Mansour Abbas, marking the first time for an Arab party to be part of a coalition in Israel.

According to a rotation agreement, Bennett will initially become premier and be replaced by Lapid two years later.

This would be the first time in 12 years that a government has been formed without the right-wing conservative head of government Netanyahu.

For the unusual coalition to begin its work, a simple majority of the 120 legislators must vote in favour of it.

The coalition paves the way to the end of the rule of Netanyahu, the longest-serving Israeli Prime Minister who has been facing a criminal trial over corruption charges in three separate cases.