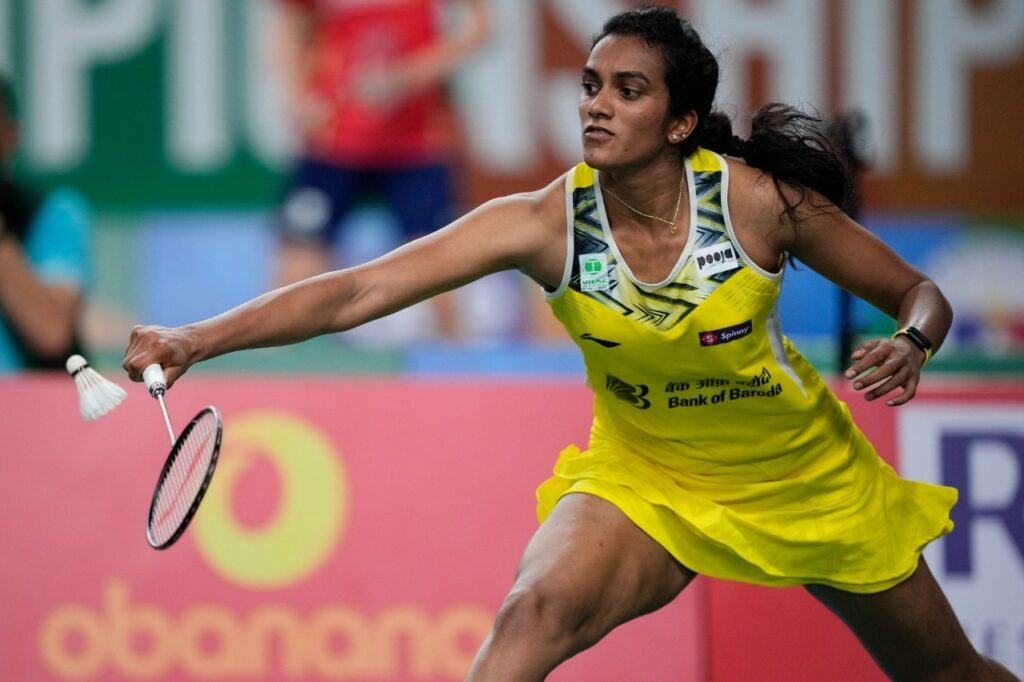 The 26-year old Sindhu, a former world champion, went down to world No 2 Yamaguchi 21-13, 19-21, 21-16 in one hour and six minutes for her second bronze medal at the continental event. Sindhu’s first Asian championships medal came in 2014 when she lost to former world No 1 Wang Shixian of China in the semis.

World No 7 got off to another good start and dominated her Japanese rival in the early exchanges. Using her height well to create angles, Sindhu sealed the first game without much challenge.

The second game saw much more intent from Yamaguchi, who won four of the first five points. Sindhu, however, found her rhythm and pocketed the next six points. The Indian shuttler went from 4-1 down to lead 11-6 at the break. But, the Indian ace’s momentum was broken at the post-break interval after she was penalised for not serving sooner. Yamaguchi capitalised on the opening and stretched the game into the decider.

The third game saw the Japanese shuttler rely more on deft touches and drop shots against a taller Sindhu. Both shuttlers engaged in longer rallies as the game progressed. However, Yamaguchi, known for having a penchant for closing out games, kept her cool to seal a spot in Sunday’s final.

This was Sindhu’s ninth loss against her higher-ranked opponent in 22 meetings. The Indian ace, who is a two-time Olympic medallist, had defeated Yamaguchi at last year’s BWF World Tour Finals and the Tokyo Olympics quarter-finals.