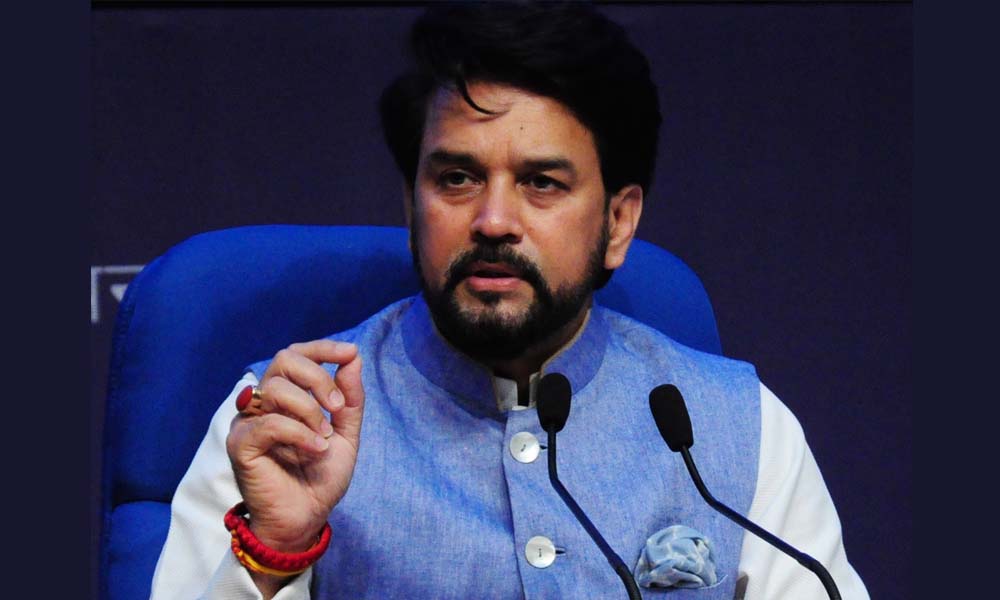 New Delhi : All India Chess Federation (AICF), Indian Government and Tamil Nadu Government are ensuring that the forthcoming Chess Olympiad, scheduled in Chennai from July 28 to August 10, would be memorable for the country, the participants as well as the spectators.

AICF secretary Bharat Singh Chauhan met the Sports minister Anurag Thakur and apprised him of the undergoing preparations for the Olympiad which have been going in full swing. The meeting was also attended by Sandip Pradhan, Director General Sports Authority of India, Siddharth Singh Longjam, Joint Secretary, Sports and Pradeep A, Secretary Sports.

Chauhan, who has been overseeing the arrangements for the Olympiad in Chennai, also attended a meeting of the International Chess Federation in Abu Dhabi this week.
Racing with the clock to host the Olympiad, Chauhan said: “Things are under control and we are moving at a fast and efficient pace. In all probability we will be ready for India’s biggest spectacle much before the scheduled time. We are immensely grateful to the central government as they have offered all possible assistance.”

India as the host of the Olympiad, for the first time ever in history, has a bonus in the form of an extra team in both the Open and Women’s section. On Sunday, after the release of official FIDE Rating, the Indian teams for the Olympiad will also be announced.