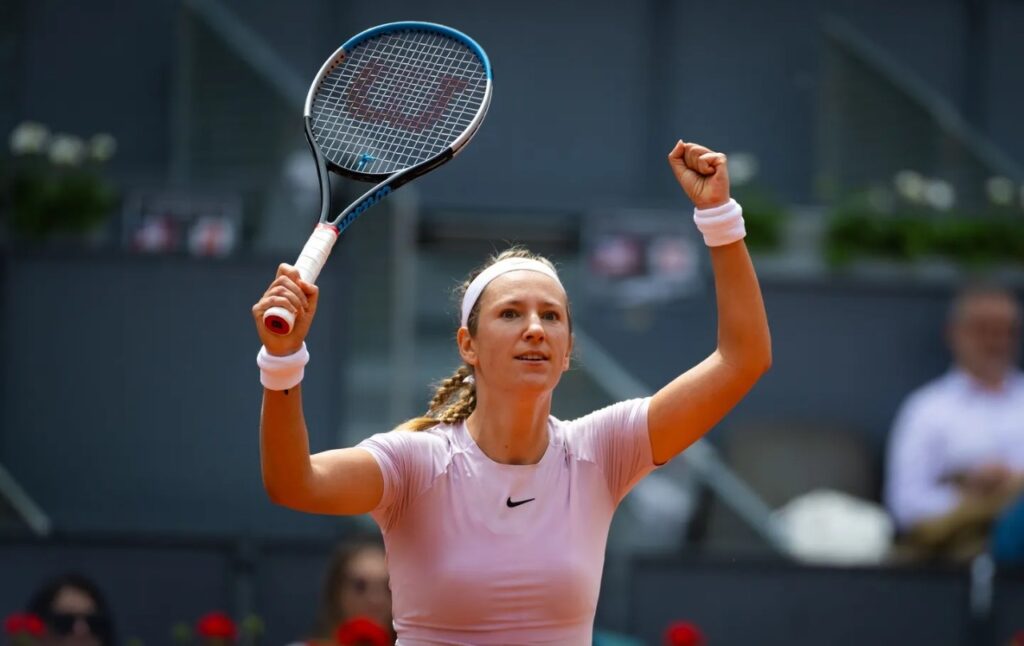 Madrid : Former World No 1 Victoria Azarenka reached the pre-quarterfinals of the Madrid Open after beating Slovenia’s Tamara Zidansek, here on Saturday. �
The 32-year-old, Azarenka overcame 24-year-old Zidansek 3-6, 6-1, 6-3 in 2 hours and 20 minutes to reach the Madrid Open Round of 16 for the first time since 2016.

Azarenka, a two-time runner-up in 2011 and 2012, is playing her first tournament since retiring against Linda Fruhvirtova in the third round of Miami due to personal reasons. Australian Open.

Zidansek tallied more winners, 28 to Azarenka’s 22, and fewer unforced errors, 38 to 40. But she paid the price for diminishing first serve efficacy, winning 43 per cent of the points behind it in the second set and 53 per cent in the third compared to 73 per cent in the first. Seven double faults were also an issue.

Azarenka was also beset by eight double faults, and only converted six of 18 breakpoint chances. But her first serve efficacy rose as the match went on: after winning 58 per cent of the points behind it in the first set, that number rose to 88 per cent in the second set and 63 per cent in the third.

Two-time major champion Azarenka will next face either Amanda Anisimova or qualifier Petra Martic in a bid to reach her first Madrid quarterfinal since 2012.