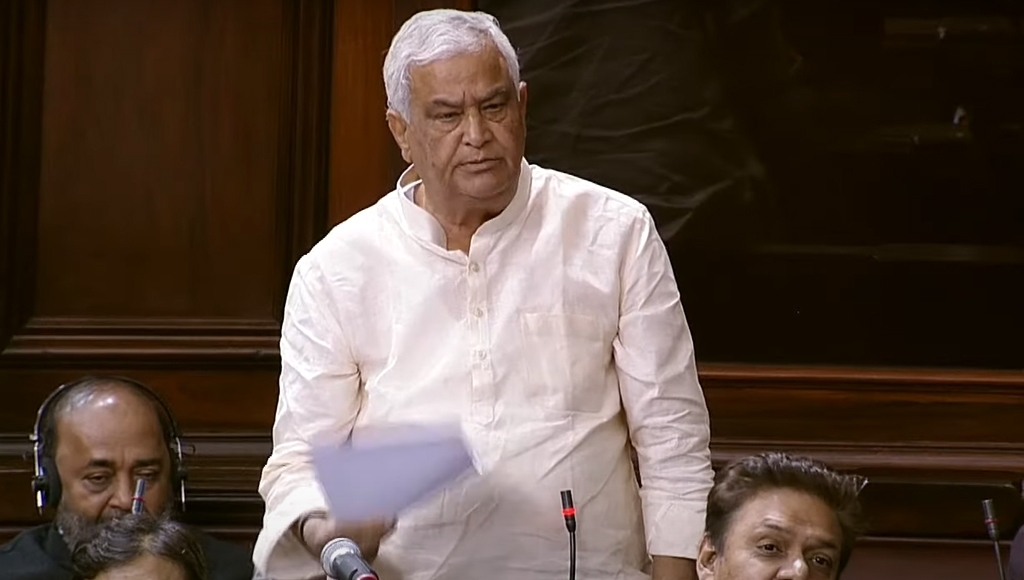 New Delhi : Amid protests by the Opposition, the private member’s bill on Uniform Civil Code (UCC) was introduced in the Rajya Sabha on Friday.

The bill was introduced by BJP member Kirodi Lal Meena.

A total of 63 members voted for the bill while 23 votes were against it.

The Congress, Samajwadi Party, Rashtriya Janata Dal, and the DMK staged protests while the Biju Janata Dal walked out of the House.

The UCC has been in the BJP manifesto for many elections while the private member bill was pending but was not introduced.

The UCC is a proposed law to formulate and implement personal laws of citizens which would apply to all citizens regardless of their religion, gender or sexual orientation.