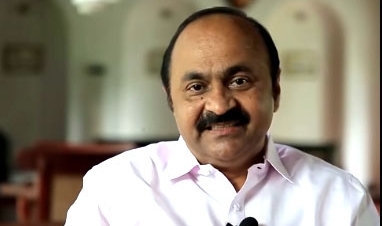 Thiruvananthapuram : The Kerala Assembly was adjourned for the day on Friday after bedlam as members of the treasury bench angrily contested Leader of Opposition V.D. Satheesan’s citing of cases where those engaged with the drug mafia had alleged links with the ruling CPI-M or their affiliated organisations.

Congress member Mathew Kuzhalnadan sought leave for an adjournment motion to discuss the rampant reports of the drug mafia having a field day with their victims including even a 13-year-old girl.

As Excise Minister M.B. Rajesh strongly defended the manner in which the state government is tackling this menace, Satheesan argued that it has failed to act in an effective way to tackle this dangerous issue and listed out five different cases relating to the drug mafia that was recently reported in the media, in which the role of members of either the CPI-M or their feeder organisations had surfaced. This led to a war of words between the treasury and opposition benches.

“It’s strange that the Chief Minister and the Minister’s now say that nothing should be said about issues that the media brings out. It’s now reached a stage that the Assembly has found out that the media has no credibility, but that’s not acceptable to us,” said Satheesan.

Peeved when along with the treasury bench legislators, even Ministers started to interrupt his speech, Satheesan raised his objections to this and it led to the war of words between the rival benches exacerbating.

Unable to keep the house in discipline, Speaker A.M. Shamseer decided to adjourn the house for the day.