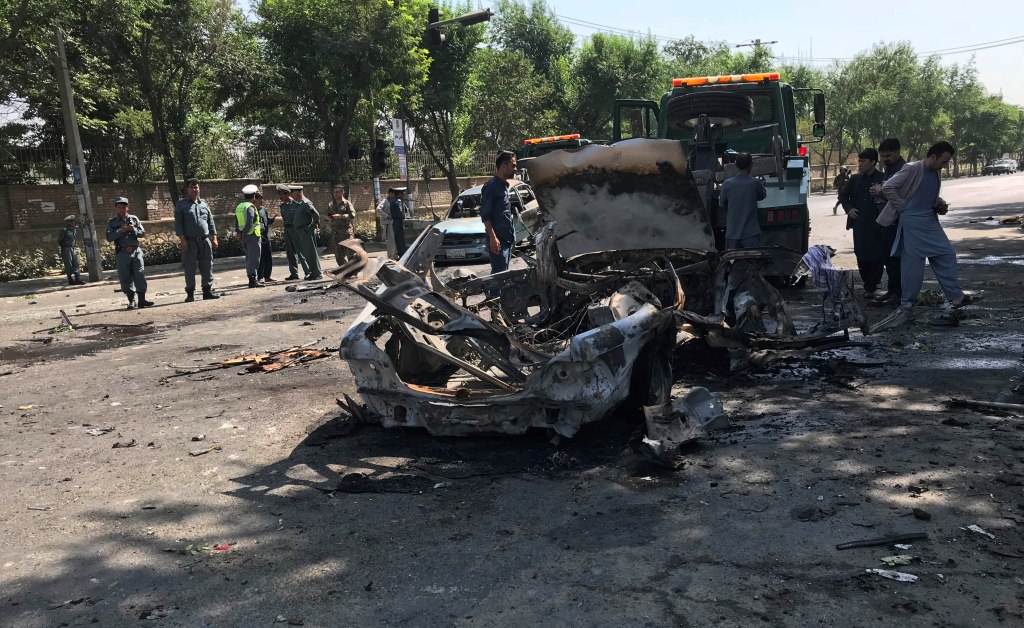 Kabul : Three separate blasts occurred in Afghanistan on Thursday — one in Kabul, one in Mazar-e-Sharif in Balkh province, and a third in Kunduz city of Kunduz province.

The first blast occurred in Kabul, where two children were slightly wounded, according to the Ministry of Interior.

Based on initial figures of Ghousuddin Anwari, head of the Abu Ali Sina-e-Balkhi District Hospital in Mazar-e-Sharif, at least five people have died and 65 others have been injured in the blast.

Security forces said an investigation into the blast is underway. According to an eyewitness in Mazar-e-Sharif, the number of casualties is high.

Meanwhile, a spokesman for the Provincial Department of Security in Kunduz, Obaidullah Abidi, confirmed that a blast occurred in the Sardawar area of the province’s capital city. Information about casualties from the Kunduz blast is not yet available.

So far, no group has claimed responsibility for the attacks.