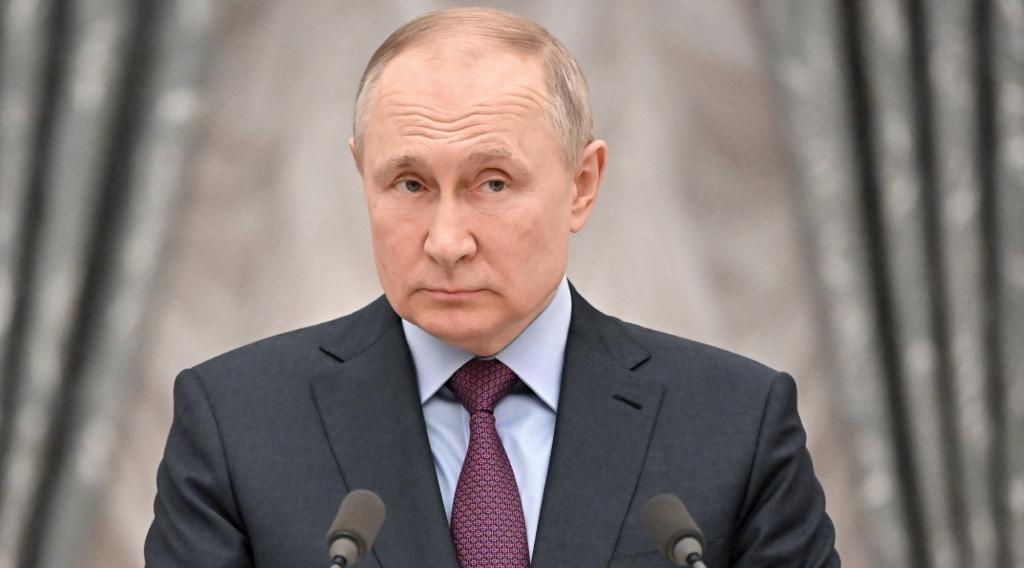 Moscow : Russian President Vladimir Putin on Thursday ordered a blockade of the Azovstal plant in the Ukrainian port city of Mariupol instead of storming it, local media reported.

The order was given after Defence Minister Sergei Shoigu told Putin that the Russian military had controlled Mariupol apart from the plant where Ukrainian servicemen were still holed up, Xinhua news agency quoted the local media as saying.

The last Ukrainian fighters are sheltering in the city’s huge steel plant, reportedly with around 1,000 civilians living in dire conditions.

Shoigu had previously told Putin that more than 2,000 Ukrainian fighters were still in the plant, which has an extensive underground bunker.

The fighters there, made of the Azov Battalion, which has links to the far-right, and Ukrainian marines, have been hailed by President Volodymyr Zelensky for holding out for weeks against a Russian onslaught.

In a televised meeting, across a small table from his defence minister, Putin said there was “no need to climb into these catacombs and crawl underground through these industrial facilities”.

Instead, he called for his forces to “block off this industrial area so that not even a fly can escape”.

He added it would be “impractical” to storm the huge industrial area, where more than 2,000 Ukrainian servicemen are said to remain, and the decision was being made to safeguard the lives of Russian soldiers.