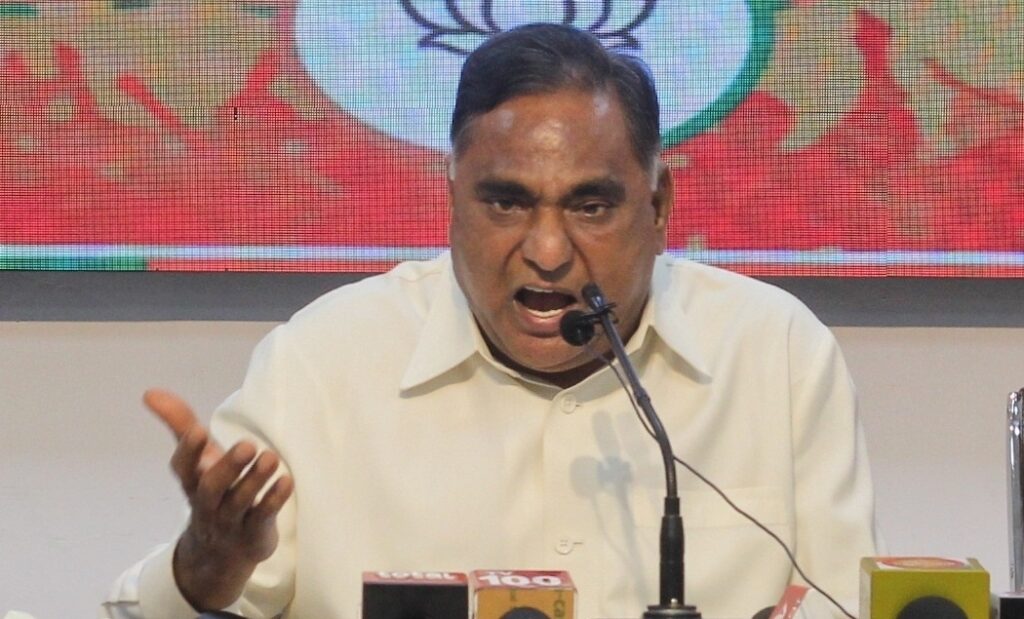 AAP leaders should apologise to the whole country for such shameful statements, Bidhuri said.

In a statement, Bidhuri said that the manner in which AAP leaders have been pained by the campaign against the illegal occupation in Jahangirpuri, clearly reveals that they can go to any length for vote bank politics.

“They are instigating people that if bulldozers go after illegal occupations, then they should also bulldoze the BJP headquarters and Home Minister Shah’s residence to take revenge. AAP leaders have not only given open statements about this but have also campaigned on social media. There is all-sufficient evidence for this,” he said.

Bidhuri claimed that this is not the first time when AAP leaders have come in support of anti-social elements like this.

“AAP government provides all facilities like free electricity, water, bus travel, and pension to Bangladeshi infiltrators and Rohingyas in Delhi. When they (infiltrators and Rohingyas) fire bullets and swords at the devotees of Hanuman, not a word of condemnation comes out of the mouth of the AAP leaders, but when legal action is taken against them, then they start to make hue and cry,” Bidhuri said.