A Tribute to Doctor NP Mishra

Madhya Pradesh and Bhopal lost a phenomenon. A person who was a legend in his own right. Doctor NP Mishra, perhaps the most renowned physician and health expert of Central India and recognized for his work nationally and internationally, passed away this morning a little short of completing 90 years.

And I personally lost a long term Guide, Philosopher, Friend and Physician – a superhuman who encompassed and embodied all the true qualities of an ideal person.

Doctor Mishra was totally dedicated and committed not only to his profession but also in serving the people via his vast and tremendous knowledge of Medical Sciences besides also being an extraordinary human being.

Few men embody qualities that on one hand lead them to a highly successful sojourn in life professionally and on the other also endear them to people they serve. Doctor NP Mishra stood out as a Colossus. Physically active to the last day in visiting patients and seeing them at homeand alsoin serving the needy and the downtrodden. His contributions during the Bhopal Gas Tragedy in 1984in assisting the city full of patients were of epic proportions. The lifestyle that he followed was the envy of people who were decades younger to him. A Man always on the move – Sharing experiences at conferences far and wide, visiting hospitals, seeing patients every evening at his residence, solving public health issues of society. A defining gentlemanly quality was his habit of coming out of his house and leaving visitors to the gate personally even at this age.

Over the years I had developed a special attachment with him just as he had for me. A mutual Admiration Society, if you will. My first recollections of him are from1977, 44 years ago to the date, when he had visited Hoshangabad in connection with treatment of my Grandfather Pandit Ram Lal Sharma.

He would visit us now and then, and on occasion, on my invitation, even across oceans- once he came over to Dubai where I was under foreign assignment of the Government of India. He stayed with us for a couple of days and I distinctly remember his childlike curiosity about the city, about the Emirate and its rulers, about wanting to see each and every major landmark and about how the city had developed sans any resources. He was fascinated by Life and remained a great soldier in service of this great nation.

Over the years, I would regularly consult him on several occasions throughout the past three decades about my own myriad conditions which no other doctors were able to understand and diagnose. He was the first doctor in India to actually suggestthat there could be a link between autoimmune conditions and critical organs. This was the time when some research wasemerging in the US and Europe about these very linkages. Meanwhile, those in India were either totally unaware about it or would laugh it off. It was then he advised me to go to the US. Having interacted with the best of the Doctors in the World, at the best of the Hospitals multiple times due to my complex situation, I say out of experience, that as far as medical acumen and foresight are concerned, there was no one quite like him in the entire worldwide fraternity. Period.

Having had the opportunity to serve across 5 continents – I am fortunate to have friends from Tokyo to Telangana and Singapore to San Diego, of all ages- 19 to 91, but there simply was no one quite like him.

Dr Mishra possessed in abundance the quality of Empathy. A trait so rare not only in his profession, but in vast areas of our society as well. His diagnosis was so clear and sharp that it was out of this world. Furthermore, he would keep himself abreast with the latest developments and research in the medical field. He always knew the latest innovations, discoveries and was successfully able to put them into practice in his treatments. Thus, his patients benefitted immensely from his quest for knowledge and skills.

This perseverance in the pursuit of knowledge had actually become a passion in service of the society.Here was a man who actually Lived Life, as against a huge majority who simply exist. Totally committed to what he was doing. Another key quality was that he always was looking for solutions, for answers for critical ailments for public healtheven when he was no longer serving the government and had no direct responsibility—most recently on medicines for the Covid 19- Pandemic, where he had extensive discussions with the then Union Health Minister on ways and means for equitable and speedy production and distribution of Remdesivir- The drug that was in demand.

Dr Mishra was extremely fond of intelligent conversations and story telling-  of speaking about his travels, of discussingissues facing the country,  the role of public service- whether political or administrative and of course on Medical Sciences. He would call regularly once every 15 days or so for our ocnversations. The subject would then turn invariably to the fact that he was now 88 or 89 depending on the year and I would always say that we were going to celebrate his 90th and then his 100th birthday in a grand manner !

Even though Dr. Mishra is no longer with us, he will always remain in the hearts and minds of people. People who are in the quest of knowledge, of people who are dedicated and committed, of people in search of the truth, of people serving the society without fear and favor. He leaves an indelible mark on the state. Truly, a man of the masses.

I would often mention to him how he was an inspiration to me, especially in matters of health and in the way he was so active at this age- in the way he moved around- in the way he never sat for more than 30 minutes in one place -in the way that he always kept his quest for knowledge burning- in the way he was always so aware of the latest developments related to his field and beyond. Here was a Hero in Real Life- in a nation that mostly looks up to screen ones!

Another aspect of his personality was the Aura that surrounded him. His name itself suggested someone of very high stature and standing. Not because he wielded great power or anexalted position but because of the outstanding qualities that he possessed and his complete dedication to improve the quality and health of people. Moreover, another outstanding and exceptional quality that made him stand out, was the complete absence of any commercial angle, even in thought let alone in actions and this in a day when the thoughts and actions of most people around us- regardless of profession- are composed of commercial leanings.

Those close to him would also remember him also as a vast repository of knowledge. Someone who could converse on a variety of subjects -international, national, regional, local – on wide ranging issues and aspects- all with authority and command. He had traveled far and wide and every time he would return from a journey he would observe that he had grown as a person and that would remind me of the famous anonymous quote “our lives are like books and those people who do not travel have read just one page of the book of life.

I personally consider his departure from amongst us not as a loss but as an event that has propelled an outstanding human being and an exceptional public health individual to another world, where he will continue to serve the people selflessly and relentlessly with the same zeal and dynamism.

He was indeed a “Bharat Ratna”.  Farewell Doctor Sahab. Guide, Philosoper, Friend. Till we meet again.

(The author is a senior IPS officer and currently serves as Additional Director General of Police. He holds a Masters in International Affairs and Public Policy from the University of California specializing in international security & counter terrorism. ) 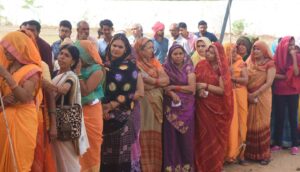 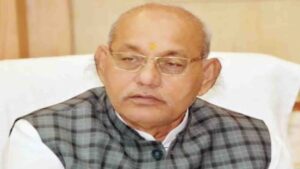 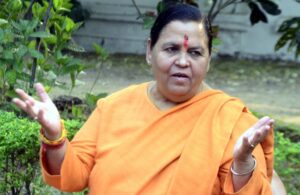