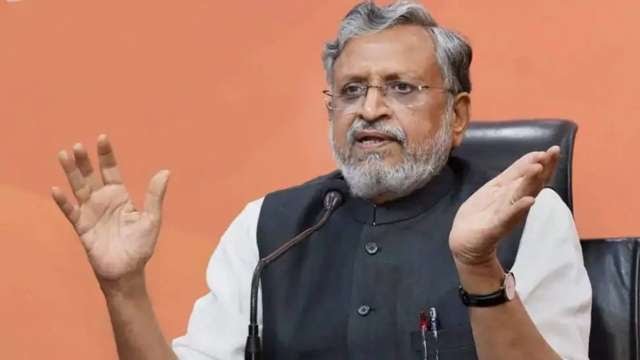 Patna: While the second wave of coronavirus has devastated lives across the country, the verbal sparring between the BJP and the RJD in Bihar is also intensifying over vaccines.

Bharatiya Janata Party’s (BJP) Rajya Sabha MP Sushil Modi alleged that due to the Rashtriya Janata Dal (RJD) and the Congress party, the vaccination programme in the rural areas is progressing slowly.

“The RJD and the Congress party are responsible for slow vaccination in rural areas in Bihar. RJD leader Tejashwi Yadav who is questioning the government should clarify why RJD president Lalu Prasad Yadav and former CM Rabri Devi had not taken vaccines till now? How many RJD leaders have taken vaccines in Bihar?” Modi asked.

“The RJD is also forcing poor people to avoid vaccines in the rural areas. This act of the RJD is putting their lives in danger” Modi said.

Responding, Shyam Rajak, a senior leader of the RJD said: “Neither the Centre nor the Bihar government have adequate vaccines to vaccinate everybody in the country. Hence, these two senior leaders have not taken vaccines. Apart from that there are improper facilities of testing provided by the NDA government.”

“Lalu Ji was admitted in AIIMS Delhi, why is Sushil Modi not asking doctors in AIIMS about whether he had taken corona vaccine or not,” Rajak said.