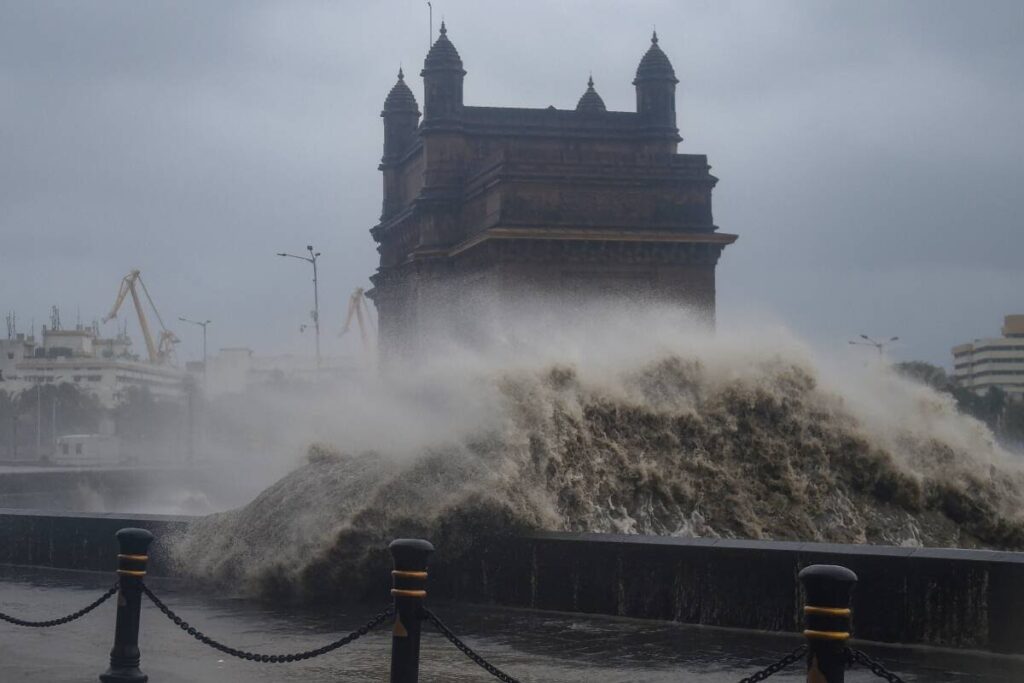 Mumbai: The fury of Cyclone Tauktae on Monday brought in record highest rains and caused unprecedented levels of destructions besides one death, two missing and 10 injured, the BrihanMumbai Municipal Corporation said in a post-cyclone ‘autopsy report’, on Tuesday.

The country’s commercial capital also experienced its closest brush with a mega-cyclonic storm in the past 73 years, and the third most severe cyclone impact in the past 3 three years in a row after Cyclone Nisarga hit Maharashtra coast in 2020 and Cyclone Vayu had moved away parallel to the west coast in 2019.

The IMD recorded a staggering average 230.3 mm rainfall in the suburbs and average 207.6 mm rains in the city side, both a record during the peak summer month of May in the past century.

The city’s annual average rainfall is around 2,500 mm, implying the cyclone brought nearly 9 percent of this year’s likely total rains.

As many as 56 low-lying spots in the city witnessed flooding and waterlogging for several hours, disrupting traffic and pedestrian movement, with reports of water seeping in some slums or ground floor flats in buildings.

The city saw 43 incidents of minor or major house or wall crash incidents which left 9 injured, and 39 complaints of electrical short-circuits due to water seepage in electric boxes or junctions.

At least 2,364 trees or major branches were ripped off during the cyclone across the city, leading to one death and one injury.

Fishing boats moored to the shores in Malvani and Mahim shores were uprooted from their anchors in which two persons are still missing, while 8 managed to swim ashore safely, said the BMC report.

Hours after the Cyclone Tauktae whirled over to Gujarat coast and made a landfall late on Monday, Mumbai and the rest of the coastal Konkan witnessed stray rains since midnight today, though strong winds and showers continued in isolated areas as life limped back to normalcy.