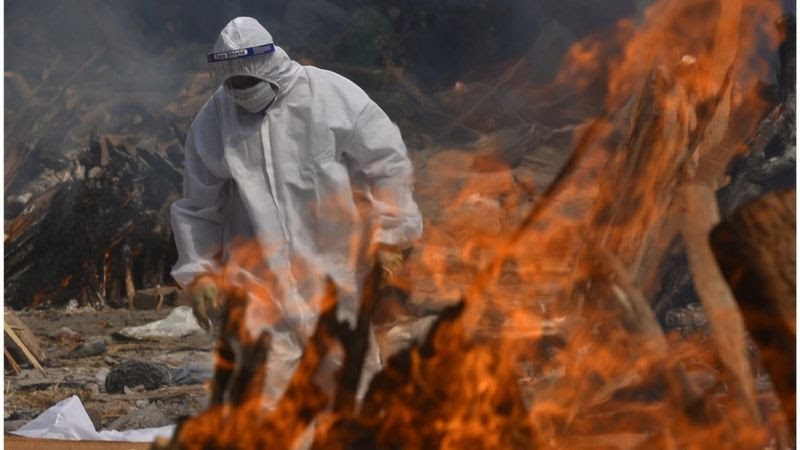 Lucknow/ Varanasi/ Prayagraj (UP): An increasing number of members from the Christian community are now adopting the Hindu tradition of cremating the bodies.

They are then taking the ashes in urns to the graveyard for entombment.

“With the increasing number of deaths taking place in the second wave of the pandemic, land is falling short for traditional burials in the graveyards. More and more people in the community are cremating the bodies and then burying the urns containing the ashes. This requires less space and also ensures that the Covid infection does not spread,” said Amardeep Solomon, whose brother died of Covid last week and the family first cremated the body and then buried the ashes.

At the Christian graveyard at Chaukaghat in Varanasi, at least six bodies have been cremated and ashes were later taken for burial.

Father Vijay Shantiraj, secretary of Banaras Christian Cemetery Board, said, “The Christian population in Varanasi is over 3,000. Normally, one or two deaths are reported in the community per month, but more than 30 have died in the last 45 days when Covid cases started surging. When someone dies in Christian community, prayers are held at home and later at church by keeping the body in a coffin before burial. However, nowadays, as precautionary measures we are ensuring that minimum persons come in contact with the body for safety and to prevent any likely spread of infection.”

He further said, “Some people got infected and died of Covid, and their families consulted us since they were not in favour of burying the body. We suggested that the bodies be cremated and ashes can then be buried,” he said.

He said that when the annual special prayers are offered at the cemeteries on November 2, prayers will also be held at these graves.

Father Shantiraj said that this is the first time that Christians are cremating the bodies and then burying the urns with ashes.

“I don’t recall any instance before this in my life, when bodies were cremated and ashes buried,” he added.

Similar cases have been reported from Prayagraj that has a sizeable Christian population.

Piku Andrews, a school teacher, said that members in his community had decided to cremate bodies – even of those who had died a natural death-in order to ensure that graveyards are not filled up.

“The burial of urns containing ashes will ensure smaller graves that will be there for all times to come. People are doing this on their own and there is no compulsion from the church,” he said.