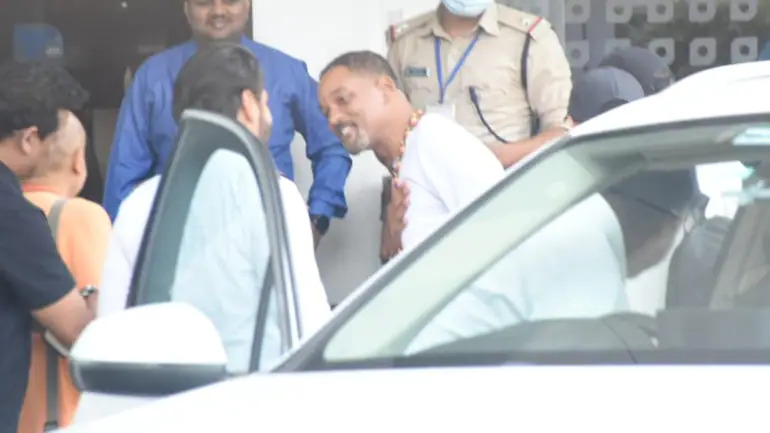 Hollywood star Will Smith was clicked with a spiritual leader at Mumbai, Kalina Airport on 23 April 2022. The actor was all smiles as he greeted everyone around him. Reportedly, the actor is here for a secret spiritual meeting.

Well, this is not the first time Will Smith is visiting India. Will Smith has previously visited the country in 2019 to film for his Facebook Watch show “Will Smith’s Bucket List”. There were also pictures and videos going viral of him performing Ganga Aarti and Rudra Abhishek.

Will Smith was recently in the headlines after he smacked comedian Chris Rock for cracking a joke about his wife. Will Smith bagged the award for Best Actor for his performance in King Richard. He even apologized for the incident.

However, a couple of weeks later, they announced that Will would be barred from attending any Academy function for the next ten years, including the Oscars.