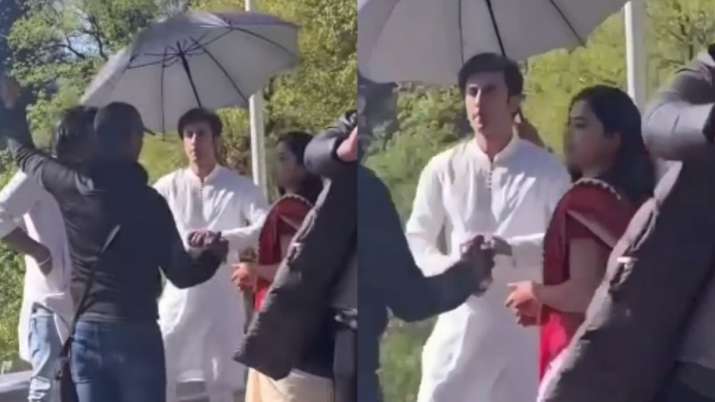 The fans of Ranbir Kapoor and Rashmika Mandanna are ecstatic as the two are collaborating on Animal. The film was first announced in 2021 and went into production on April 22, 2022. Ranbir and Rashmika are now filming in Manali’s gorgeous locales.

A video of Ranbir and Rashmika shooting on set has recently been released and is doing the rounds on the internet. Ranbir is clad in a white kurta set on the set video, while Rashmika is dressed in a red-and-white saree.

Have a look at the video here:
(Video)