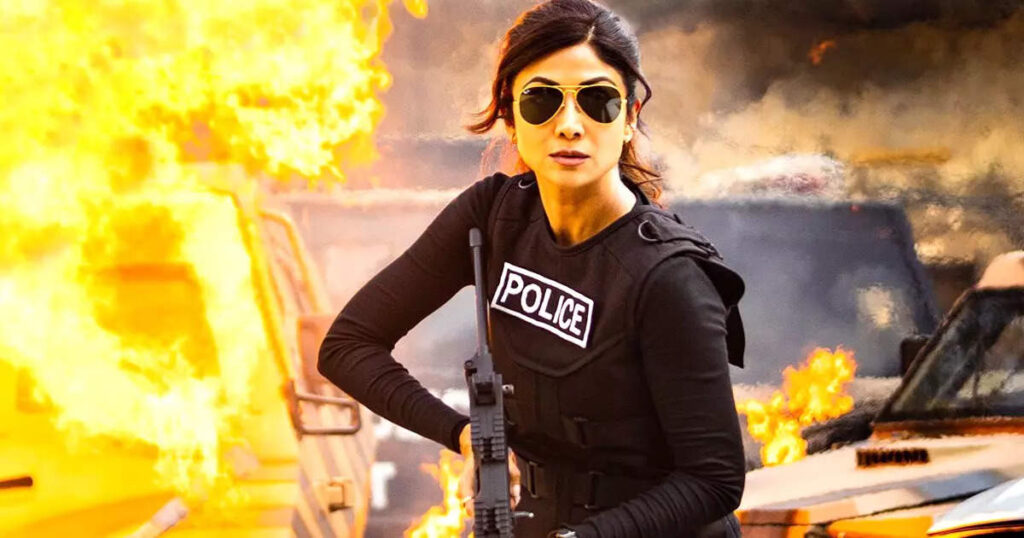 This year, Shilpa Shetty is unstoppable! Despite the huge buzz surrounding her upcoming films Sukhee and Nikamma, the Iconic star has revealed another piece of news that will send you to the sky! With Rohit Shetty’s Indian Police Force, the actress is set to make her OTT debut.

Apart from her OTT debut, Shilpa Shetty’s role as the first female police officer in Rohit Shetty’s policeman universe makes the Indian Police Force intriguing. To break the news, the talented actress posted a photo of herself dressed as a cop with a gun, on Instagram. She penned, “Ready to set the OTT platform on fire for the first time🔥Superrr Thrilled to join The Action King Rohit Shetty in his Cop Universe!”

Shilpa Shetty has captivated her audience with her portrayal of an Indian police officer. With her upcoming assignments, the actress will be able to play a wide range of personalities. While she would star in an action drama with Nikamma, she would also play the lead in Sukhee.

Shilpa Shetty is making news in the business world after launching Binge, the third restaurant in the Bastian series. The entrepreneur has also taken the internet down by announcing SVS Studios, a VFX specialty studio.