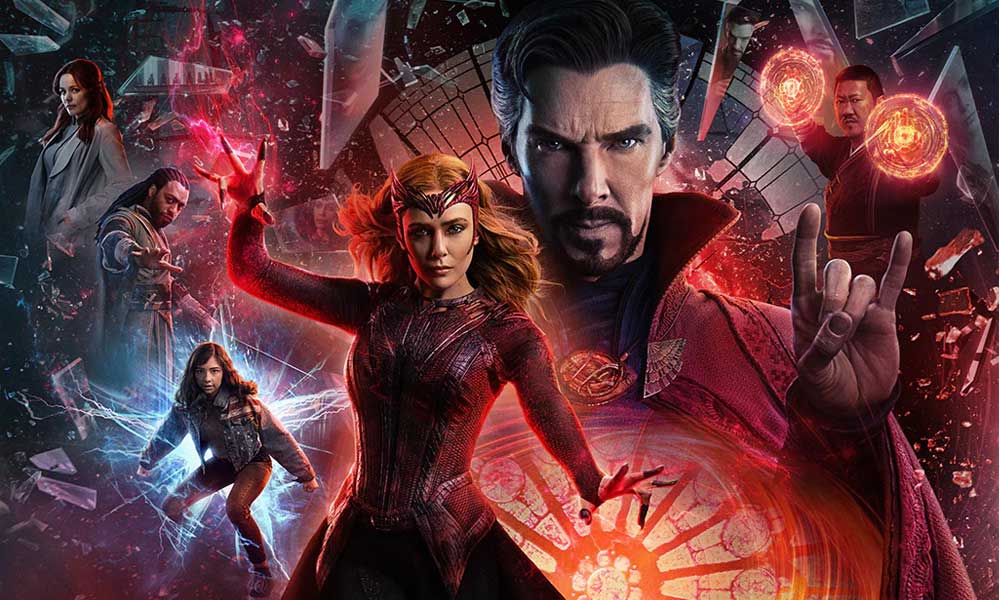 In the Marvel universe, the concept of a multiverse has opened up doors for numerous narratives and possibilities to develop. Doctor Strange in the Multiverse of Madness is based on Stephen’s (Benedict Cumberbatch) experience with parallel realms and universes.

The film is a complete package of craziness, with love, heartbreak, motherhood, action, and drama all rolled into one. The film is a must-see for all Marvel fans because it has a lot of suspense and action. The film appeals to all of your emotions at once, and it is destined to be a box office DHAMAKA.

Nothing is beyond the understanding of non-Marvel fans. Although like other Marvel films, this one has a connection to subsequent sequels, the scenes and characters are rather straightforward. If you aren’t already a fan of superhero movies, this film may convert you.

This movie appears to have the potential to become one of Marvel’s most famous films.

Marvel once again outdid themselves in terms of visual effects and animation. In terms of technical aspects, this picture set a solid example for the usage of appropriate background music at the right time.

The audience was blown away by the creation in several instances.

The picture is visually spectacular and features some extremely cool battle sequences, including one that pays homage to Raimi’s own Evil Dead. Olsen gets a lot of screen time, and her transformation from Wanda to Scarlet Witch is one of the film’s highlights.

Overall, the film is a must-see for everyone.

Doctor Strange in the Multiverse of Madness is a superhero film based on the Marvel Comics character Doctor Strange. It is the follow-up to Doctor Strange (2016) and the Marvel Cinematic Universe’s 28th feature (MCU). The film depicts, Strange and his companions’ journey across the universe to meet a mysterious new enemy.

By October 2016, Scott Derrickson, the filmmaker and co-writer of Doctor Strange, had plans for a sequel. When Cumberbatch’s return was confirmed in December 2018, he struck a deal to return as director. The title of the film was revealed in July 2019.