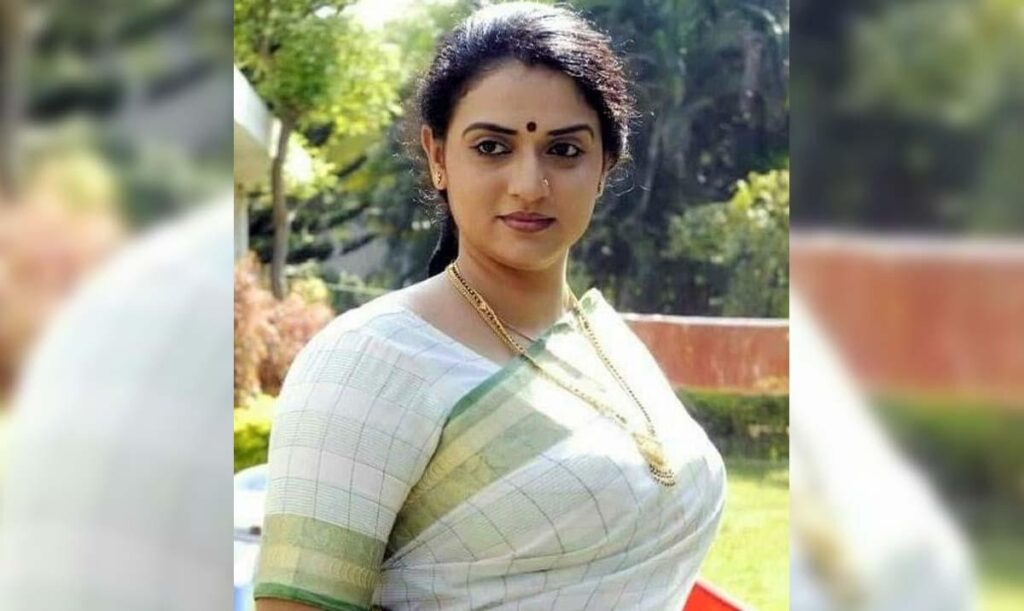 A complaint has been made by Pavithra Lokesh against the media for pursuing her and upsetting her mental health.
In order to stop the media from stalking her and upsetting her, Pavithra Lokesh has filed a case.
Pavithra Lokesh has reported some individuals to the V.V. Puram police station in Mysuru for stalking her. The cybercrime department has received the charges. The actress allegedly claimed that many phoney profiles bearing her name had been set up, and those accounts had been uploaded with disparaging content. Through these social media posts, the miscreants are disseminating rumours and inaccurate information about her.

The media is also tracking and following Pavithra Lokesh, she continued, which is seriously disrupting her peace of mind.

The matter is being looked into by the cybercrime police. The actress has asked the police to pursue aggressive legal action against the media outlets in question.

On a side note, it is rumoured that Pavithra Lokesh will shortly wed Naresh Babu, the stepbrother of Mahesh Babu and the son of renowned actor Krishna. According to the rumours, Naresh Babu is prepared to wed the actress for a fourth time. It is thought that the couple has been in love for a while and has finally chosen to be married. The couple hasn’t yet responded to the report, though. These two had previously debunked any such reports in the meantime.

For the unversed, Pavithra Lokesh is the late Mysuru Lokesh’s daughter, a senior Kannada actress. In the Telugu and Kannada cinema industries, she has made a name for herself.

The actress is well-known as a character artist on both small and large screens. Her husband Suchendra Prasad as well as her brother Aadi Lokesh are also actors in Sandalwood.