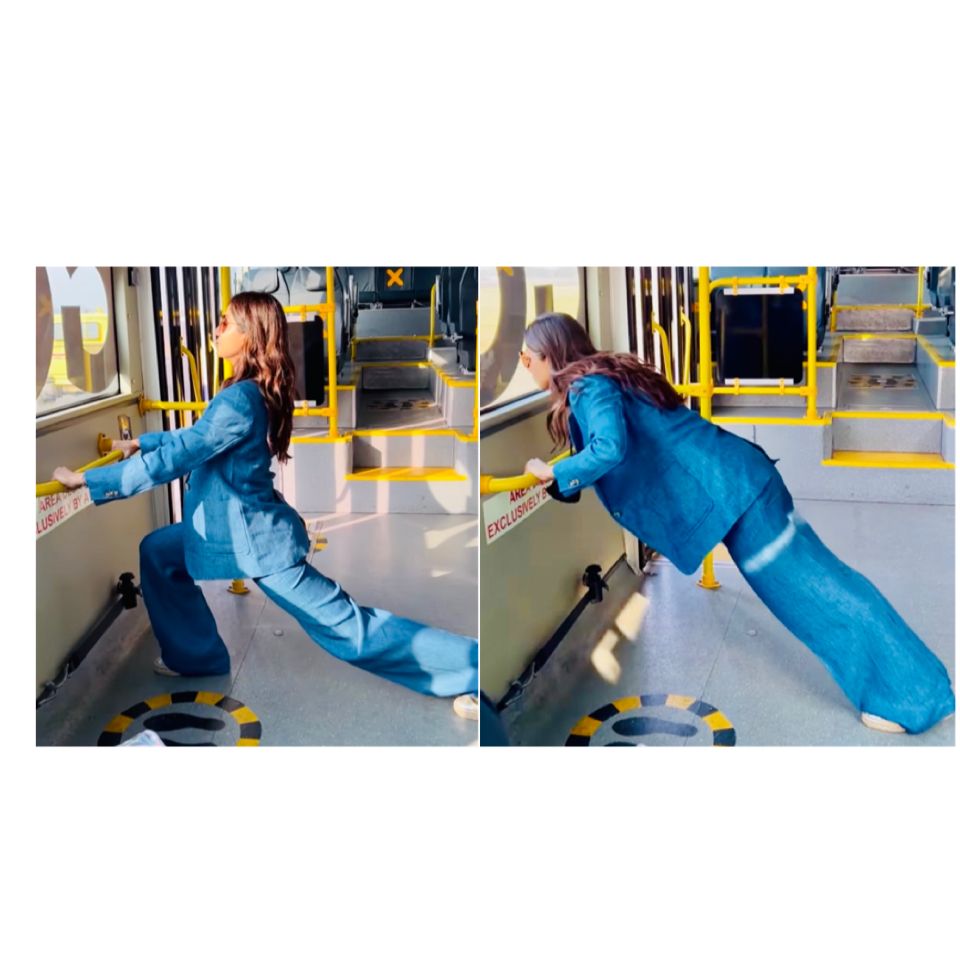 Mumbai, When it comes to Bollywood star Shilpa Shetty, the actress dons several hats. She is an actor, a businesswoman, a mother, and above all she is a fitness lover. The Hungama 2 actress is a frequent social media user and an inspiration to all fitness enthusiasts. She frequently updates her Instagram with news from her life. Recently actress posted a video of herself working out inside an empty bus.

Shilpa Shetty posted a video on social media in which she can be seen squeezing into a bus for some pull-ups, push-ups, and lunges. She also washed the bus’s handles following her workout session. While sharing the video, the actress wrote, “Monday motivation on the go… only because the bus was emptily Squeezed in some pull-ups, push-ups, and lunges on my way back home: 2 MISSIONs ACCOMPLISHED! FIT INDIA and SWACHCH BHARAT ABHIYAN!”

Shilpa Shetty also walked the runway at Bombay Times Fashion Week 2022 this year. With her appearance, the actress captivated the audience and even spun her way down the runway. Shilpa looked stunning in a multi-hued lehenga, which she finished off with a little body paint. Her followers couldn’t believe she was in her late 40s because of her immaculate walk and beauty.

On the professional front, Shilpa Shetty will next be featured in Rohit Shetty’s cop universe, in which she will play a key role. The actress posted the news alongside her first look from the show, writing, “Ready to set the OTT platform on fire for the first time Superrr Thrilled to join The Action King Rohit Shetty in his Cop Universe! #IndianPoliceForceOnPrime, now filming!”

In addition to Rohit Shetty’s cop world, Shilpa Shetty will appear in Nikamma.