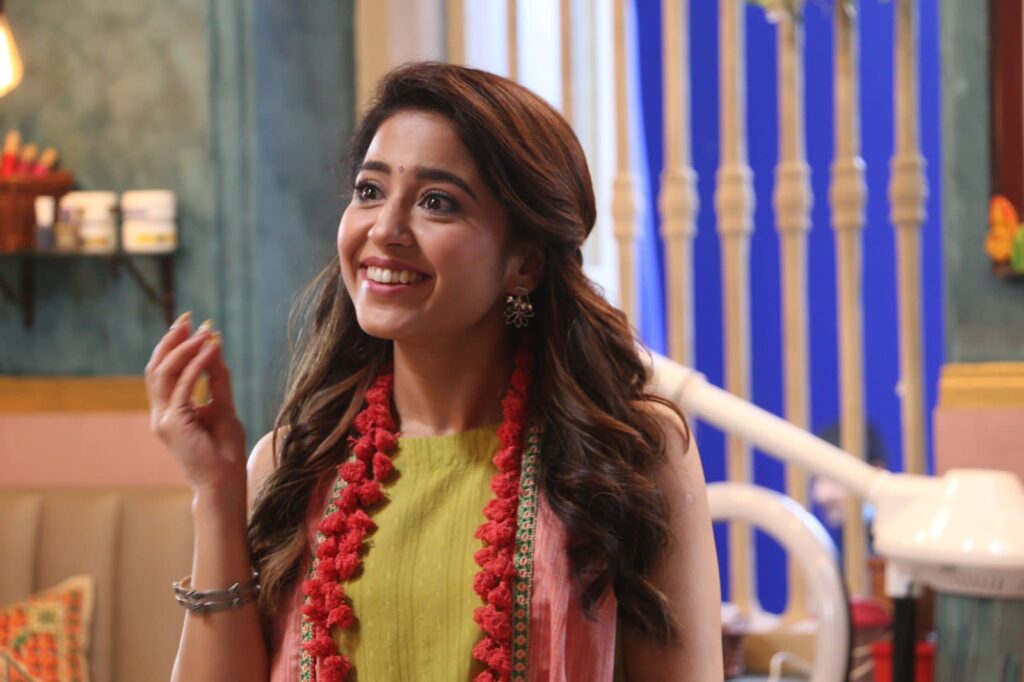 Mumbai, Actors choose to work in multiple projects for different reasons. For some, the script matters, for some the way a project is being shot. Similarly, Shweta Tripathi Sharma who will soon be seen in the role of Sunaina in Disney+ Hotstar’s upcoming social thriller ‘Escaype Live’ had her own set of reasons to be a part of this one of a kind web series.

Shweta shared, “I am drawn towards drama. I like stories that have interesting characters and the emotional quotient, that for me is the hook, how I emotionally respond when I listen to a story, how I connect to a character. These are things which are extremely important, besides the script. It is the makers, the people who are making it because no matter how good your story is but if your chef isn’t good and no matter what best ingredients you give, you might not like the taste, you know, not what you imagined. So, I think all these factors are extremely important to me and here it was a tick mark in all the boxes, and as an actor I’m always looking for a different level of experience and with Sunaina, I got it.”

She further added, “Sunaina is sunshine in a human form, and everybody needs a Sunaina in their life, and by that, I mean unconditional support but at the same time a critic. She’s someone who’s not going to lie to you because she loves you or cares about you. She’ll always give you her honest opinion and I think that is needed, it’s a very refreshing character, because I have never played a very happy character so that was one of the biggest changes, and here she’s not any of that, she’s very sure of who she is, a educated and ambitious woman with dreams who knows exactly what she wants and also exactly what she does.”

Escaype Live is a fictional story, penned by Jaya Mishra and Siddharth Kumar Tewary, that is likely to seem very true and real. The story features a bunch of content creators, with different paths but one goal – to produce viral content to emerge victorious in a life-changing competition announced by the hottest new app in the country called Escaype Live. Produced under Siddharth Kumar Tewary’s One Life Studios, the nine-episodic series heavily emphasizes the human tendency to be competitive and their drive to succeed. The supremely talented cast, include Siddharth, Jaaved Jaaferi, Swastika Mukherjee, Plabita Borthakur, Waluscha D Souza, Ritvik Sahore, Sumedh Mudgalkar, Geetika Vidya Ohlyan, Jagjeet Sandhu, Rohit Chandel and child actor Aadyaa Sharma amongst others.

The essence of the series explores the lengths content creators and tech giants are willing to travel to achieve their aspirations. Set across different cities of India, the series leveraged different dialogue writers for each city to add regional authenticity. Dance Rani’ story based in Jaisalmer saw her dialogues being penned by Vinod Sharma while Amcha’s lines were penned by Amol Surve. Similarly, Banaras-based characters of Meenakumari and Sunaina’s dialogues were written by Ranveer Pratap Singh while Darkie and Festish Girl’s dialogues were penned by Jaya Mishra and Siddharth Kumar Tewary.