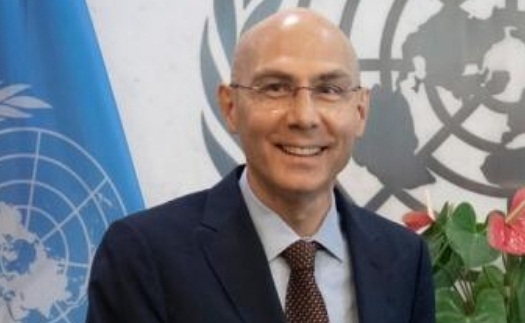 Geneva : On the eve of Human Rights Day, UN High Commissioner for Human Rights, Volker Turk has highlighted some of the human rights crises that failed to attract enough international attention.

A case in point is Haiti, “where armed gangs, reportedly supported by economic and political elites, control more than 60 per cent of the capital. Where some 4.7 million face acute hunger. Since the beginning of this year, a staggering 1,448 people have been killed, 1,145 injured and 1,005 kidnapped by gangs,” he said at a press briefing here on Friday.

In Yemen, the seemingly interminable conflict must be brought to an end and the truce needs to be renewed and expanded to enable discussions on a path toward a more comprehensive settlement, he added.

“While large-scale hostilities and airstrikes have generally stopped, we continue receiving reports of civilian casualties, especially of children near the frontlines due to landmines and other explosive remnants of war. Also of concern are allegations of gross human rights violations, including torture, arbitrary detention, trafficking, extortion and sexual abuse of people fleeing to other countries.”

Turk also recalled that five years after the start of the conflict in Cabo Delgado, northern Mozambique, civilians continue to be killed and subjected to sexual violence, abductions and enforced disappearances, with ongoing destruction of property, including schools, health centers and places of worship, Xinhua news agency reported.

“Almost one million people have been displaced there, more than half of them children,” he stressed, adding that addressing the root causes of the conflict will require protecting economic and social rights, preserving civic space, ensuring access to justice and prioritising youth and women in socio-economic development and decision-making.

Somalia faces a humanitarian catastrophe amid the longest and most severe drought in recent history. Turk said his office has documented a steep rise in civilian casualties there, and the number of recorded casualties between January and November 2022 — 672 people killed and 1,082 injured — is 51 per cent higher than that during the same period last year.

“These and many other crisis situations that have faded from the headlines not only have severe consequences for the people directly affected but are likely to have ripple effects across borders and risk further destabilising their regions,” he noted.

Human Rights Day is observed every year on December 10 — the day the UN General Assembly adopted in 1948 the Universal Declaration of Human Rights.