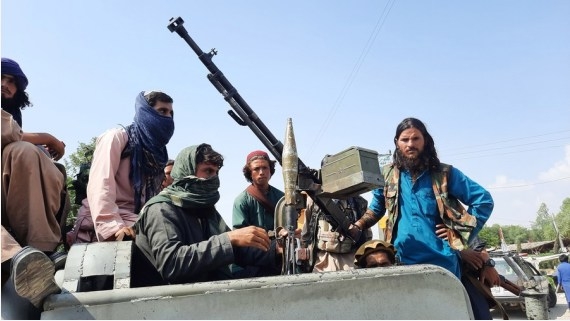 Copenhagen : The Danish Defense Intelligence Service (FE) has publicly acknowledged that it underestimated the Taliban’s ability to take over Kabul despite “continuous assessments”.

“It was not a surprise that Kabul fell, but we did not consider the speed at which it happened to be probable. We made our assessments on the intelligence basis, but it has turned out that our assessment was simply too optimistic,” Xinhua news agency quoted Svend Larsen, acting head of the FE, as saying in a statement issued on Wednesday.

Until August 9, the FE could confidently brief Danish parliamentary parties that Kabul was “less likely to fall before the end of the year”, said the statement.

However, by August 15, Taliban fighters had celebrated the capture of Kabul as President Ashraf Ghani was forced to flee the country.

“There have been particular challenges to the situation in Afghanistan because access to information has been weakened as a result of the coalition’s withdrawal.

“However, these conditions do not change the fact that we naturally have to learn from the process,” said Larsen.

According to authorities, Denmark has already evacuated about 850 people from Afghanistan since the takeover by the Taliban.

Of that number, more than 700 were evacuated to Denmark, while the rest were taken to other countries, such as Iceland and Sweden.

Minister of Defense Trine Bramsen acknowledged that Denmark might not get everyone out before the August 31 deadline set by Western powers to cease evacuations.

“The situation is escalating. It is becoming more dangerous to operate in the area and when our Armed Forces inform us in the government that there are now fewer opportunities for airlifts because of security limitations, we of course listen,” said Bramsen.

Also on Wednesday, German Chancellor Angela Merkel said the international community had underestimated the pace with which the Taliban took over power in Afghanistan.

“We all quite obviously underestimated the pace of this development,” Merkel told MPs, adding that solutions had to be found for the time after evacuations at the end of August.