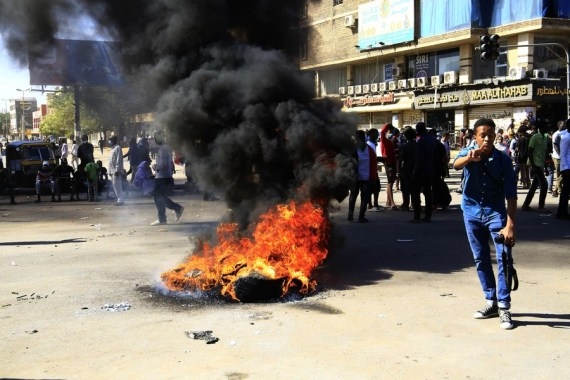 Khartoum : Sudan’s Security and Defence Council has ordered to speed up investigations into the December 30 mass protests in the capital Khartoum and neighbouring areas which resulted in the deaths of four demonstrators and injuries of hundred others.

The council held an emergency meeting at the Republican Palace in Khartoum on Saturday, chaired by Chairman of the Sovereign Council Abdel Fattah Al-Burhan, to discuss the security developments in the country, reports Xinhua news agency.

The council, which groups representatives of the sovereign council and leaders of the security and military bodies, expressed regret over the casualties during Thursday’s protests, and vowed to hold those who triggered the clashes between protesters and security forces accountable.

Security forces fired tear gases and live ammunition during the protests, and police confirmed later in a statement that four protesters were killed, while 297 others along with 49 policemen were injured in Omdurman locality, the most populated city in Sudan, situated on the western bank of the Nile River, opposite the capital Khartoum.

The country has witnessed mass protests, and at least 52 people were killed in 11 large-scale street protests since October 25, 2021, when the general commander of the Sudanese army Abdel Fattah Al-Burhan declared a state of emergency and dissolved the government, a move which triggered a political crisis in the country.

On November 21, Al-Burhan and then removed Prime Minister Abdalla Hamdok signed a political declaration, which included reinstating the latter to his post.

But the deal has so far failed to calm the street and protesters asked the military to stay out of politics and demanded civilian rule.