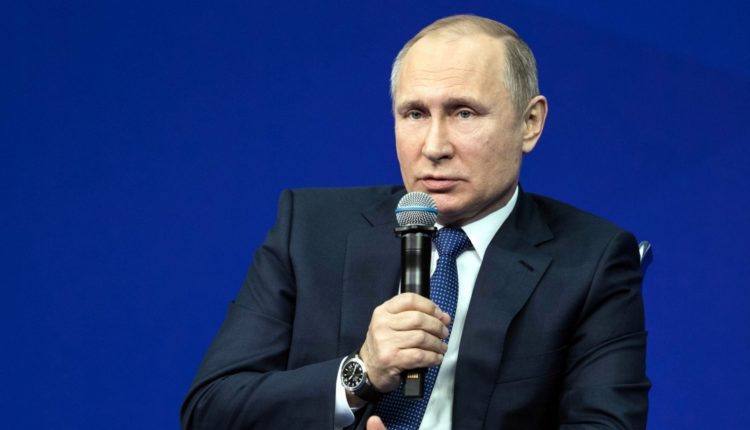 Moscow : Russia Vladimir Putin will hold a signing ceremony on Friday formally annexing four more areas of Ukraine after self-styled referendums condemned by Ukraine and the West as a sham, the media reported.

So-called votes were held in Luhansk and Donetsk in the east, and in Zaporizhzhia and Kherson in the south. The Russian president will make a major speech at the Kremlin.

A stage has already been set up in Moscow’s Red Square, with billboards proclaiming the four regions as part of Russia and a concert planned for the evening, BBC reported.

The event echoes Russia’s annexation of Crimea in 2014, which also followed a discredited referendum and was heralded by a presidential victory speech from a stage.

That initial annexation has never been recognised by the vast majority of the international community. There is no confirmation that Putin is planning a similar outdoor address.

Two Russian-backed separatist leaders from the east are also expected to take part.

The Russian president is expected to make a separate address to the upper house of parliament on October 4, three days before his 70th birthday.

Parliament will also have a role in ratifying Russia’s annexation, rejected by most of the international community, BBC reported.

The US has said it will impose sanctions on Russia because of the staged referendums, while EU member states are considering an eighth round of measures, including sanctions on anyone involved in the votes.