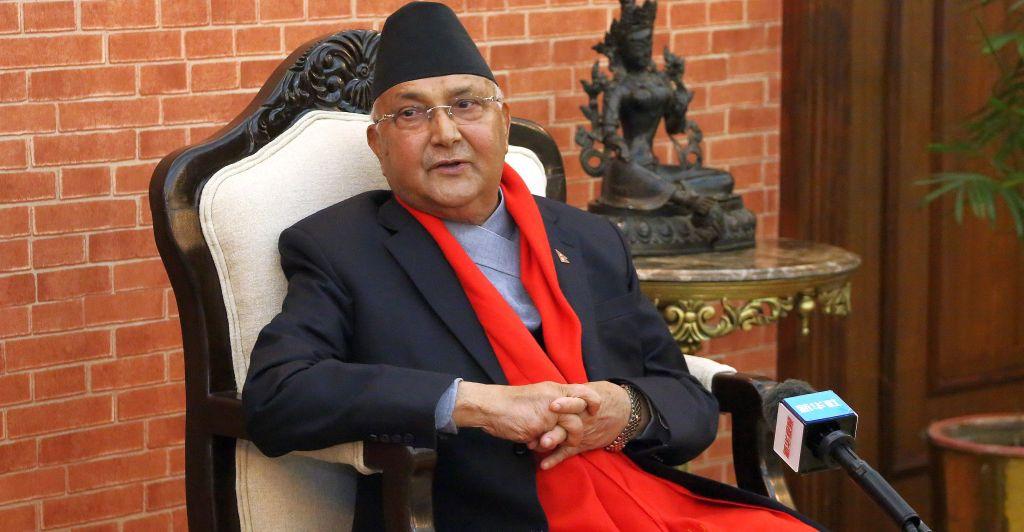 Kathmandu, The KP Sharma Oli-led government in Nepal has slipped in the minority after the Communist Party of Nepal (Maoist Centre) withdrew its support to the government.

With this Maoist’s decision , the Oli government has been reduced into a minority who is going to test the floor on May 10.

Maoist’s decision comes days before Prime Minister Oli had decided to seek a vote of trust from Parliament on May 10.

Through the vote of confidence, Oli will try to prolong his stay while the Opposition will try to unseat him who are now struggling to get required magic numbers to remove him.

Opposition party leaders say the talks between primary opposition, Nepali Congress, Maoist Center and a faction of the Janata Samajbadi Party, the fourth largest party in the House, is going on at various levels to form a coalition government after unseating Oli.

After Maoist withdrawal the support, Oli has to garner majority vote or continue as Prime Minister as the leader of the largest party until opposition parties unseat him.

Oli is negotiating with a faction of Janata Samajbadi Party to continue in power that has 32 seats in the parliament.

Opposition parties are also frequently meeting to secure the number to unseat Oli but still they are struggling. A section of the leaders inside Oli’s Nepal Communist PartyeUML is likely to support the opposition’s bid but no decision has been made yet.

In the letter, Maoist Chairman Pushpa Kamal Dahal aka Prachanda accused Oli for violating constitutional norms, didn’t reign from the post even after the Supreme Court invalidated his decision to dissolve the house and continuously tempering the system, democratic norms and values and prompted regression in the country.

The country has become an international playground, Oli compromised on the issue of nationality, running the country through the Ordinances and imposing authoritarianism in the country by violating democratic norms and values, the Maoist Center accused Oli in the letter submitted at parliament secretariat.

By protocol, Kamala Harris will be Modi’s host in Washington