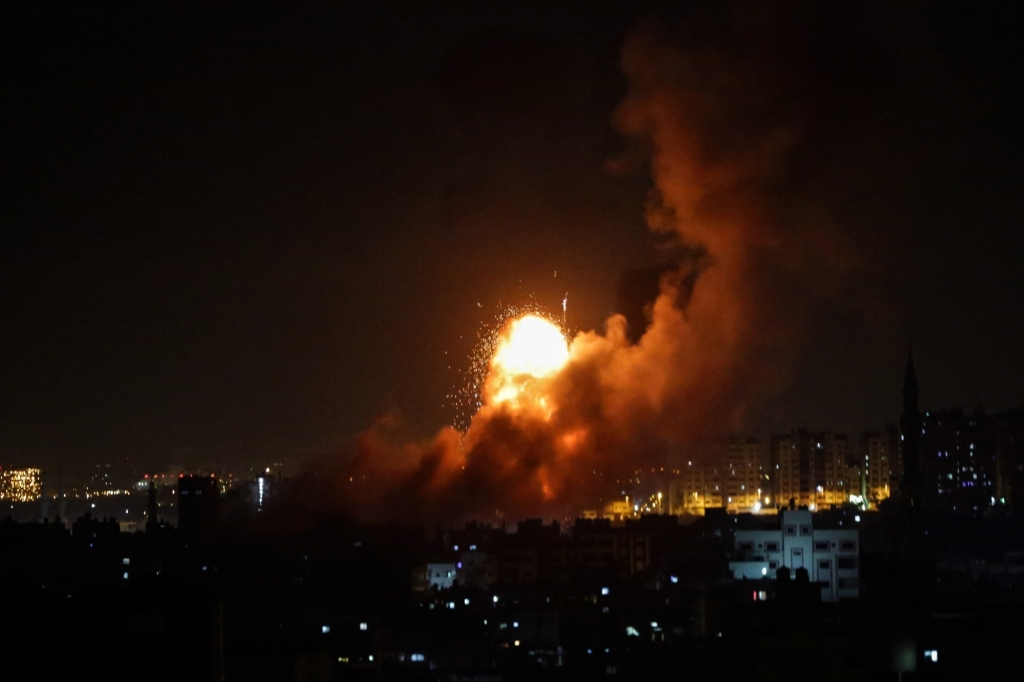 Jerusalem,  Israel’s military said Saturday that it struck military sites in the Gaza Strip after at least 36 rockets were fired from the Palestinian enclave into southern Israel over the past two days.

On Friday night, amid recent tensions between Palestinians and the Israeli police in east Jerusalem, militants in Gaza fired three rockets towards southern Israel. Overnight, Israel retaliated with airstrikes on sites belonging to Hamas, an Islamist Palestinian group that runs Gaza, which was followed by more rockets fired at southern Israel, the Xinhua news agency reported.

“Fighter jets and attack helicopters struck a number of Hamas military targets in the Gaza Strip, including an underground infrastructure and rocket launchers belonging to Hamas,” an Israeli military spokesperson said in a statement.

Between Friday night and early Saturday, at least 36 rockets were fired from Gaza into Israel. Israel’s Iron Dome Aerial Defense System intercepted six of the rockets, while the other rockets fell near the fence separating Gaza and Israel or in open fields in Israel, without causing damage or injury.

The violence was the worst flare-up in the region in months.

The rockets were not fired by Hamas but by two smaller groups in Gaza, one affiliated with the Fatah and the other with the Popular Front, which are both Palestinian parties.

The groups assumed responsibility for the rocket strikes and said it was a retaliation to tensions in east Jerusalem, where violent clashes erupted on Thursday night, with scores of injuries and arrests.