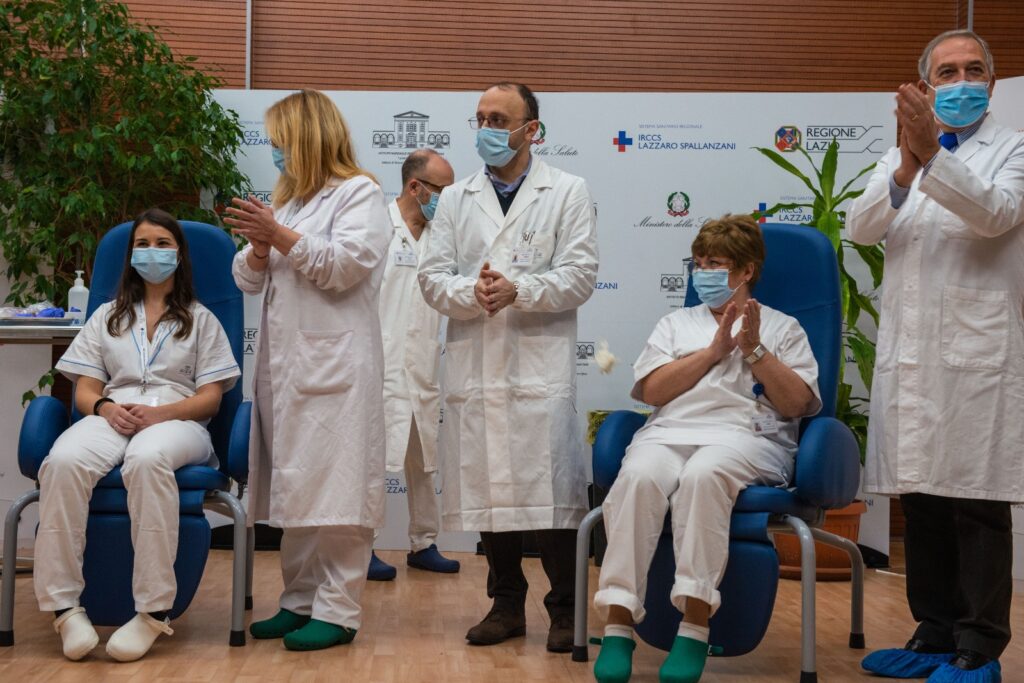 Rome: Italy’s coronavirus vaccine rollout hit a major milestone, though it appeared unlikely the country would reach its end-of-month target for daily vaccinations.

A total of 17.3 million people in Italy have received at least the first dose of a vaccine, which means that around 28.5 per cent of the country’s population is partially vaccinated.

The Italian vaccine rollout, which was launched on December 27, 2020, had seen problems so far, including a four-day pause in the distribution of the AstraZeneca vaccine amid worries about blood clots in some patients.

The Johnson & Johnson vaccine requires just one dose for full effect. All the other vaccines approved for distribution in Italy — the AstraZeneca, BioNTech/Pfizer and Moderna — require two doses.

Italian General Francesco Paolo Figliuolo, the country’s Covid-19 Emergency Commissioner, set a goal earlier this month of administering at least 500,000 jabs a day by the end of April.

That target no longer appears feasible despite recent developments, according to statistician Giovanni Sebastiani, who was quoted by the ANSA news agency as saying the daily vaccination rate should reach 350,000 per day by the end of the month, up from fewer than 300,000 per day currently.

In an interview with Bloomberg, Fabrizio Curcio, head of the country’s civil defence agency, admitted the 500,000-vaccination-per-day goal was unlikely to be met, though he said the target would be reached by early May.

He said his main worry was whether vaccine supplies would allow that level to be sustained.

“We will reach half a million daily shots by early May, but what will matter will be keeping it over time,” Curcio said. “This is crucially linked to the availability of vaccines.”

Curcio said the earlier temporary halt in the distribution of the AstraZeneca vaccine “has weighed not only because there have been delays but because it has affected public trust.”

“We measure this loss of confidence with cancellations at around 30 per cent to 40 per cent in some areas, about 10 per cent on average across the country,” he said.

Meanwhile, 275 candidate vaccines are being developed — 91 of them in clinical trials — in countries including Germany, China, Russia, Britain and the United States, according to information released by the World Health Organization on Friday.