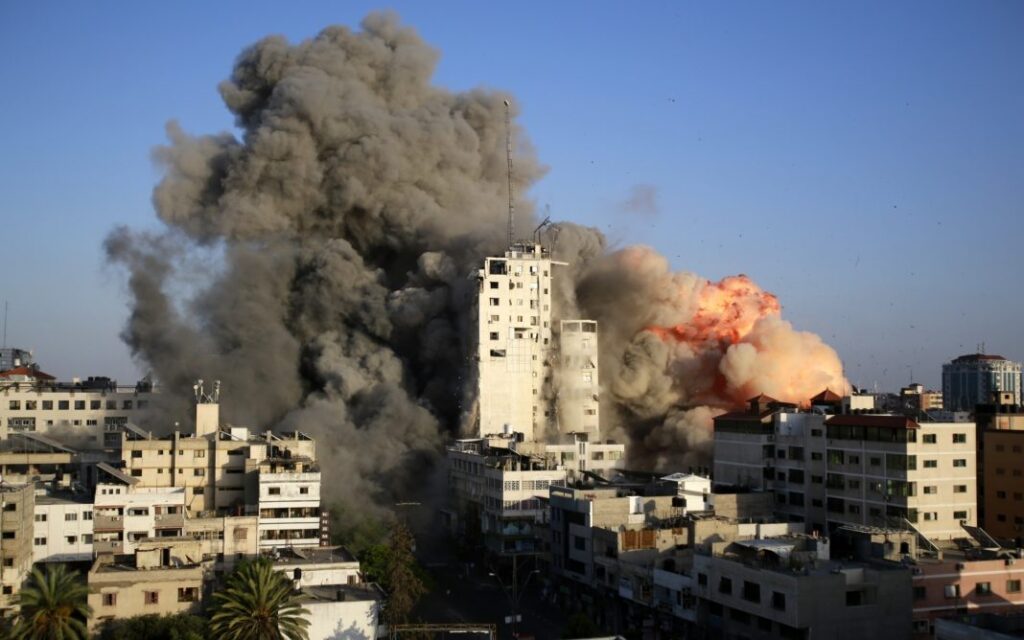 Gaza: An Egypt-brokered ceasefire came into effect on Friday between Israel and the Palestinian Hamas movement, ending an 11-day bloodshed in the Gaza Strip.

According to Egypt’s official MENA news agency, Cairo will send two security delegations to Israel and Palestine to ensure the implementation of the truce.

The heaviest fighting between Israel and the Gaza militants since 2014 has so far killed 232 Palestinians, including 65 children, and 12 Israelis.

Taher al-Nuno said the Palestinian “armed resistance” would honour the ceasefire as long as it is upheld by the Israel side.

Israeli Prime Minister Benjamin Netanyahu said his country’s political leadership has stressed that the reality on the ground will determine whether fighting continues.

If the Palestinians continue with rocket attacks, the ceasefire will be lifted immediately, he added.

US President Joe Biden welcomed the ceasefire, expressing “sincere gratitude” to Egypt for its role in brokering the deal.

“I extend my sincere gratitude to President al-Sisi and the senior Egyptian officials who played such a critical role in this diplomacy,” Biden said at the White House.

He said the US, the UN and other partners stand ready to help the Palestinian Authority with humanitarian aid and reconstruction assistance.

UN Secretary General Antonio Guterres welcomed the ceasefire and called on all sides to observe it.

Israeli forces and Gaza Strip militants have fired thousands missiles back and forth since May 10, in response to the rockets fired by Palestinian militants in Gaza to retaliate for Israel’s violation of the sacred Islamic holy site of Al-Aqsa Mosque in Jerusalem.

According to the Israeli Defence Forces, the Palestinian side fired some 4,070 rockets towards the Jewish state.

But over 90 per cent of the rockets heading toward populated areas were intercepted by the Israel’s Iron Dome.

About a third fell inside the Gaza Strip.

In response, Israeli fighter jets kept carrying out intensive airstrikes on buildings and infrastructure in the besieged enclave.