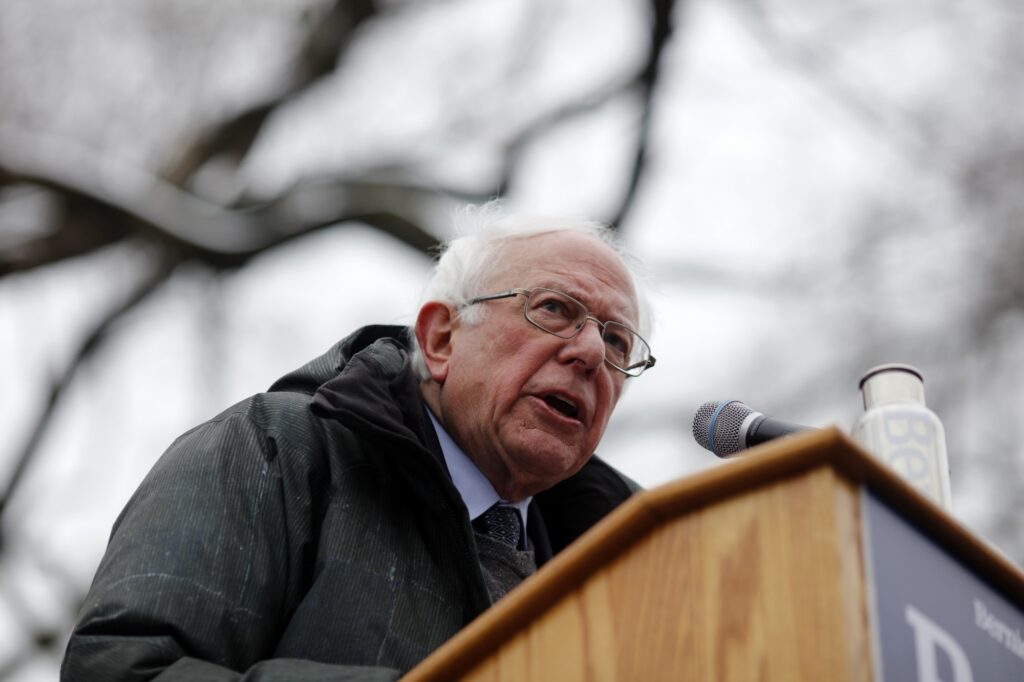 Washington,  US Senator Bernie Sanders has introduced a resolution in an effort to block the administration’s proposed $735 million sale of precision-guided weapons to Israel in the wake of the violence in the Gaza Strip.

“At a moment when US-made bombs are devastating Gaza, and killing women and children, we cannot simply let another huge arms sale go through without even a Congressional debate,” the independent senator from Vermont said in a statement released on Thursday.

“I believe that the US must help lead the way to a peaceful and prosperous future for both Israelis and Palestinians.

“We need to take a hard look at whether the sale of these weapons is actually helping do that, or whether it is simply fueling conflict,” Xinhua news agency quoted the former presidential hopeful as further saying.

The resolution only requires a simple majority to pass the Senate, the Washington Post said in a report, but it would need a two-thirds majority in both the Senate and the House if President Joe Biden vetoes it.

The move came after a group of House Democrats led by Alexandria Ocasio-Cortez of New York filed a similar resolution on Wednesday.

The Biden administration notified Congress of the sale on May 5, nearly a week before the conflict escalated between the Israeli forces and Palestinian militants in Gaza on May 10.

US media reports have said that the $735 million weapons sale to Israel is unlikely to be stopped by Congress, as the 15-day window to take action has basically closed.

Meanwhile, a ceasefire agreement reached between Israel and the Palestinian militant group Hamas, following 11 days of escalating tension between the two sides on the Gaza Strip.

The ceasefire took effect at 2 a.m. on Friday.

According to the latest media reports, a total of 232 Palestinians, including more than 60 children, and at least 12 Israelis, have been killed since violence erupted near the Gaza border on May 10.