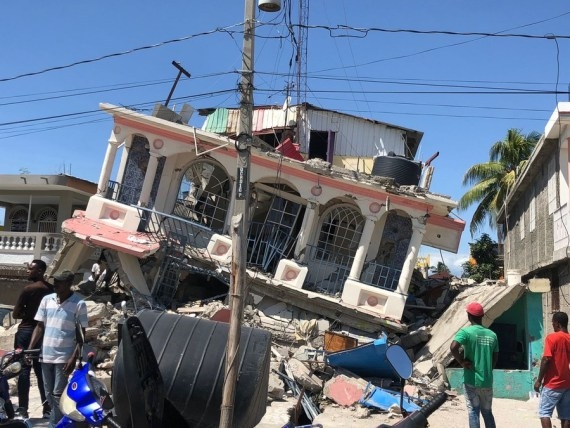 Port-au-Prince,  The death toll from the powerful 7.2 earthquake that struck Haiti on August 14 has increased to 1,419, authorities announced.

The agency said that it continues to airlift seriously injured Haitians by helicopter from quake-hit areas.

According to the agency, most of the fatalities have been registered in the department of the South (1,133), whose capital is Les Cayes.

At a press conference, the director of civil protection agency, Jerry Chandler, underscored the international support Haiti is receiving.

“We continue to work with our friends from the international community. Many of them have offered to come in our support,” Chandler said.

Search and rescue teams have been arriving from the US and Chile, with more on the way from Mexico.

Cuban medical teams are already in Haiti and helping people.

Prime Minister Ariel Henry has declared a month-long state of emergency and urged the population to “show solidarity”.

In 2010, another massive earthquake in Haiti killed more than 200,000 people and caused extensive damage to the country’s infrastructure and economy.