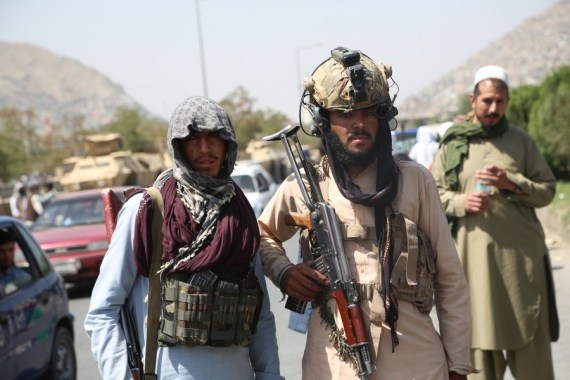 Kabul,  Shops, markets and schools remained closed in Kabul as the Taliban overran the Afghan capital leading to widespread chaos across the city.

On Monday a day after the city’s collapse, Taliban members were seen on the streets, but it seemed that they were not enough to maintain law and order as looting took place in some military institutions and stolen military vehicles were plying on the roads, reports Xinhua news agency.

The militant group has warned to deal with an iron hand if anyone commits crimes, including theft.

In the morning, some schools were open due to the ongoing examinations, but were advised to close until the situation gets better.

“I am not sure about my future and the future of my children. No one knows what would happen one hour later, or my children can go to school tomorrow,” a resident, Mohammad Aref, told Xinhua on Monday.

Aref said that his daughter is a student of Law Faculty at a private university but she did not attend her class on Monday fearing the new rulers’ retribution.

Although there is no head of state or government in Afghanistan since the city’s collapse, the Taliban released a short statement on local media asking residents, including government employees, to go to their offices and continue normal work.

However, like many shops and supermarkets in Kabul, several government department offices, banks and schools remained closed on Monday as the Taliban members continued to patrol the city streets either on military vehicles or on foot.

Another resident, Hamayon told Xinhua about his plan of fleeing the country as the outlook seems bleak for Afghanistan and for himself.

“I try to leave the country maybe today, tomorrow, the day after tomorrow or anytime the fortune sides me,” he said.

The 31-year-old man, who served in the national army for nine years, expressed sorrow over the situation.

“Afghanistan with international support has built 350,000-strong Defense and Security forces but all have been dismantled within days,” he said.

“Having security alone is not enough,” said another Kabul resident Sufi Mohammad.

“In addition to ensuring security, the establishment has to provide job opportunity, respect human rights and dignity for the citizens in society,” he said.

Afghan President Ashraf Ghani left the country on Sunday night, while the Taliban forces entered the capital of Kabul and took control of the presidential palace.

The Taliban has assured that all the diplomatic missions and foreign citizens in Kabul will face no dangers.

The group’s spokesman Zabihullah Mujahid said they are committed to ensuring security in the Afghan capital.

The insurgents are now in control of all the districts of Kabul, Mujahid added.

Another Taliban spokesperson has said the war in Afghanistan is over, and a new power structure will soon be clear.

A night curfew has been imposed in Kabul to prevent violence.