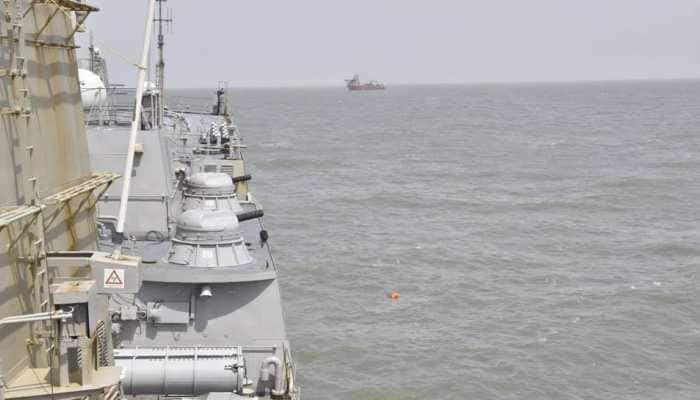 Mumbai: The Indian Navy’s specialised ship INS Makar has located the wreckage of the Tugboat Varaprada in the Arabian Sea where it had sunk last week during the Cyclone Tauktae fury, an official said on Monday.

Divers are now going underwater to find out if any more persons are trapped in the tugboat during the devastating natural calamity.

The development came two days after the ill-fated Barge Papaa-305 wreck was found in the vicinity of the Bombay High Fields, around 175 off Mumbai in high seas, where it had sunk late last Monday.

Late on Sunday, the IN announced that a total of 86 bodies have been recovered from the Arabian Sea so far, including 70 from the two vessels that went under and 8 each which were washed ashore on Maharashtra and Gujarat coasts.

There were 261 persons on board Papaa-305 and 13 others on the tugboat, an anchor-handling vessel which was towing the the Barge GAL Constructor.

Incidentally, all the 137 crew members on the Barge GAL Constructor were rescued in daring operations last Tuesday (May 18) after it was grounded near the Colaba Point.

A total of 188 survivors – 186 from Papaa-305 and two from Tugboat Varaprada were picked up at sea during the massive IN-led Search and Rescue (SAR) operations which lasted for seven days, the first half being in extreme weather conditions.

“All 274 reported missing have been accounted for. Final confirmation, however, will be pending till the identification of all bodies are complete,” the officials said.

The IN’s teams of expert divers and specialist ship INS Makar located the wreck of Papaa-305 late on Saturday, followed by the location of the tugboat today, and a search is on to trace bodies of any others still feared missing.