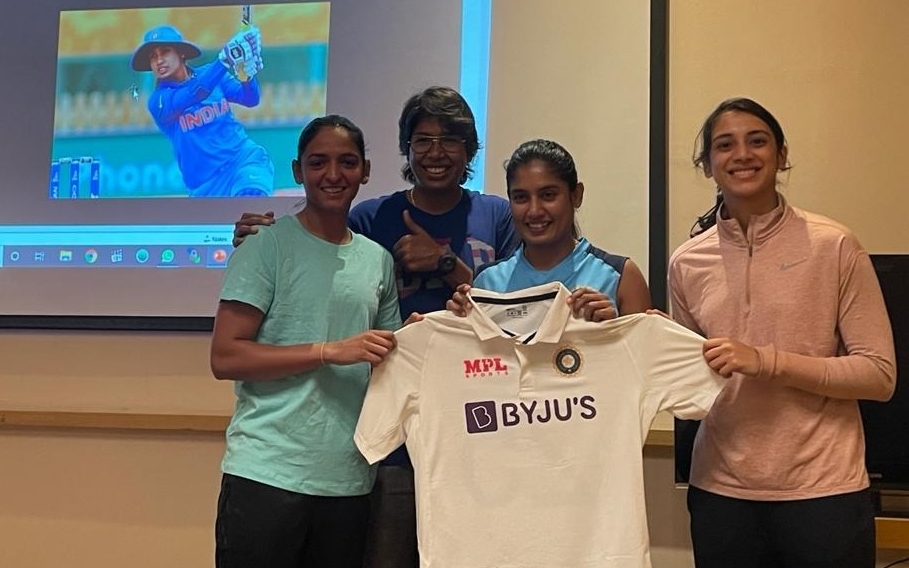 Mumbai,The India women’s team, due to play its first Test in seven years this month, will seek guidance on English conditions from men’s team with which it travels to England on Wednesday night for a full tour, said India women’s Test captain Mithali Raj on Tuesday.

“Yes, I am sure the girls have been interacting whenever they have crossed path [with male cricketers]. Good to have them around because they have played a lot in the UK. You can ask them questions and they can help out because most of the girls are playing the Test format for the first time,” said Mithali.

“So it can really help them if they exchange notes and gain some more experience from their talks and their tours,” she said.

India women last played a Test in 2014 against England. They play a Test in England from June 16 in Bristol and a day-night Test in September-October in Australia.

Mithali said getting to play two Test matches in a year is welcome.

“I think it is good to have Tests whether it is at home or away. If it is in continuity, it is great because it helps players as well. Sometimes, it is nice to go with[out] baggage. You just go and play, enjoy the atmosphere. I think playing two back-to-back Test matches can give a lot of exposure to the current lot. If that can be carried forward in the coming years, it will be great for the sport,” she said.

Team coach Ramesh Powar, however, said lack of practice due to quarantine was not ideal but they want to stay in the best frame of mind.

“It is not [an] ideal world though at the moment. We are looking at the bright side — we are playing cricket. Women’s cricket is getting the opportunities to play Test cricket cricket, ODIs and T20Is,” he said.

“It is not easy. We are trying to [prepare]. It is not possible to prepare physically but I think mental makeup will make a huge difference. I think, in my last assignment when I was with the Mumbai team and we had only six sessions we tried that, and it paid dividends. We could get to the tournament we played in positive [frame of mind].”