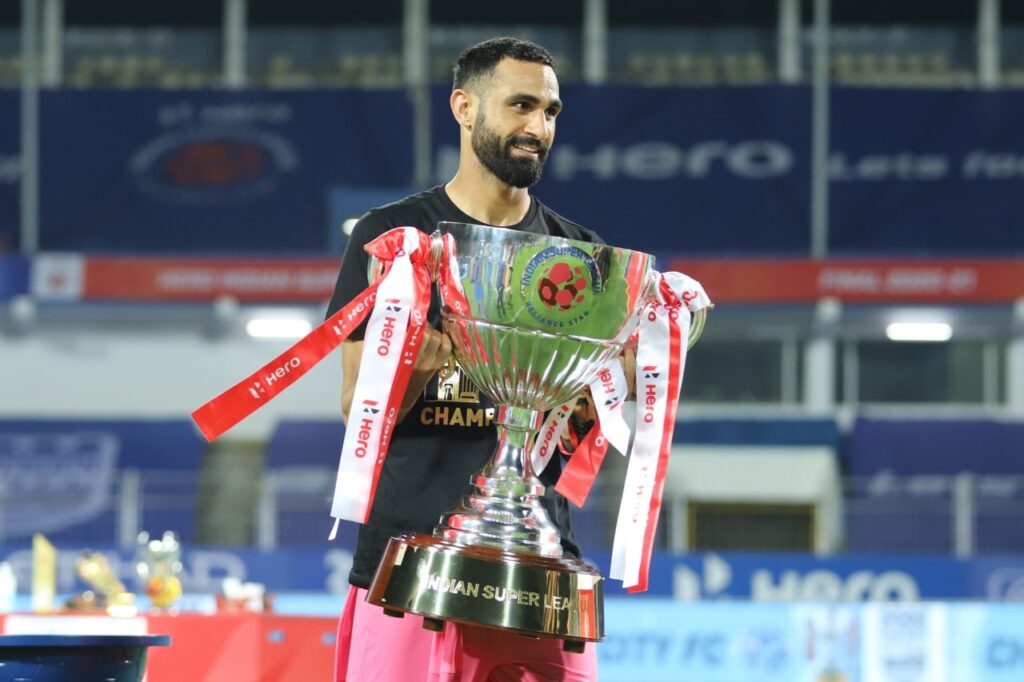 Singh’s contract got over on Monday.

Singh, 27, who joined the club on September 7, 2016, initially on loan from Bengaluru FC, made his debut for the Islanders in a 0-0 draw against FC Goa in November that year.

With 84 appearances for Mumbai City FC, his last one coming in the iconic 2020-21 ISL Final at the Fatorda, Amrinder leaves the Islanders as the Islanders’ highest appearance maker and an icon in the history of the Club.

“I came to this club five years ago as a boy and now I leave as a man. I have learnt so much about football and about life in my time at Mumbai City FC. I have had the privilege of working with some of the best players, the best coaches, and staff here in Mumbai,” Singh said,

“Moreover, I will cherish every minute I’ve spent playing in front of our fans. They are the backbone of this club and I can never forget all the love and support they’ve given me and my teammates in good times and especially, the not-so-good times.”

Singh said he was carrying fond memories of the club.

“This club is my family and it’s always tough to say goodbye to family. But I am proud that I can leave this family as a champion, winning our first ever trophies, and I will always hold Mumbai City close to my heart,” he said.