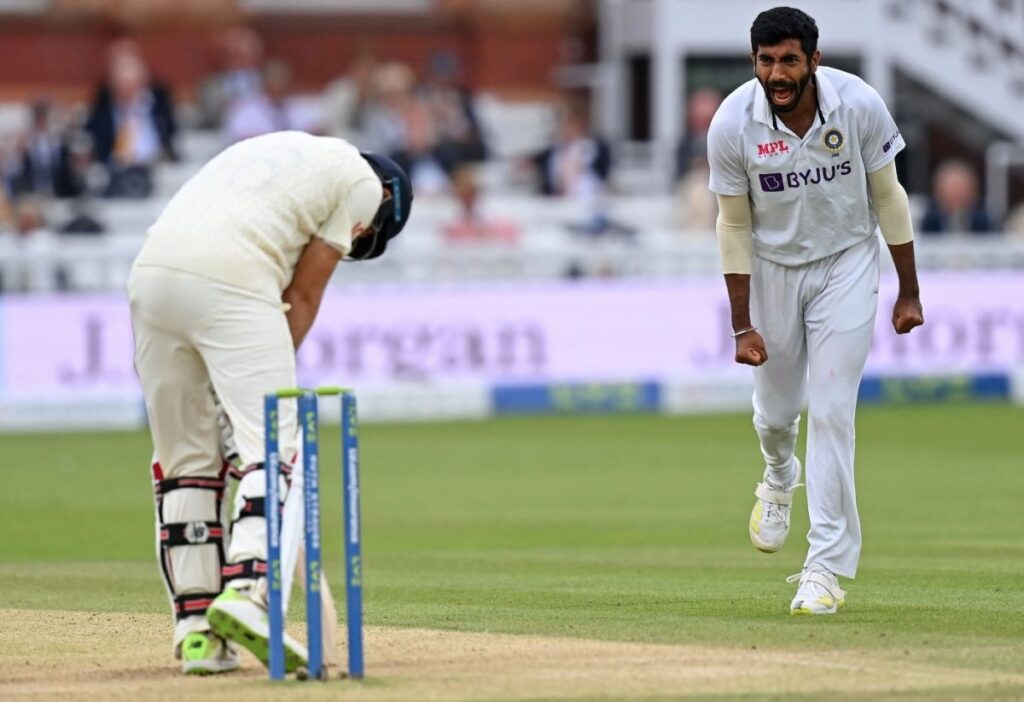 London : The England and Indian team players were reportedly involved in a heated confrontation in the Lord’s Long Room during the second Test last week.

A report by The Telegraph on Wednesday said there were ‘tense scenes’ in the Lord’s pavilion at the end of the third day after Jasprit Bumrah bowled continuous short balls to number eleven batsman and England’s pace attack spearhead James Anderson.

“The players were pictured arguing as they left the playing field but the rows carried on in the Long Room, which was packed with India officials, support staff and squad players, who gave their team a rousing reception as they walked inside,” read the report.

“Joe Root, who had just scored a brilliant unbeaten 180, and Virat Kohli are believed to have exchanged words on their way to the dressing rooms as the situation threatened to escalate before tempers cooled,” added the report.

India went on to win the Test match by 151 runs, bowling out England for 120 in last two sessions of the final day at Lord’s.

“Confrontations in the Lord’s Long Room — the hallowed inner sanctum of English cricket — are almost unheard of. Normally the area is packed with MCC members and the two teams go their separate ways up different staircases to their dressing rooms. But due to Covid restrictions last week the Long Room was closed to members as was the players’ dining room. It allowed the two sides to mingle more freely at the end of a day, making confrontation more likely in the event of a heated passage of play,” further said the report.

India skipper Virat Kohli had said in the virtual press conference on Tuesday that his side was provoked by England but did not divulge the words that were spoken.

“I cannot give you the details of the words that were spoken; I think it’s for the cameras and the stump mics to pick that up for both teams. What is said on the field and what’s done in the moment, gives you extra motivation.”