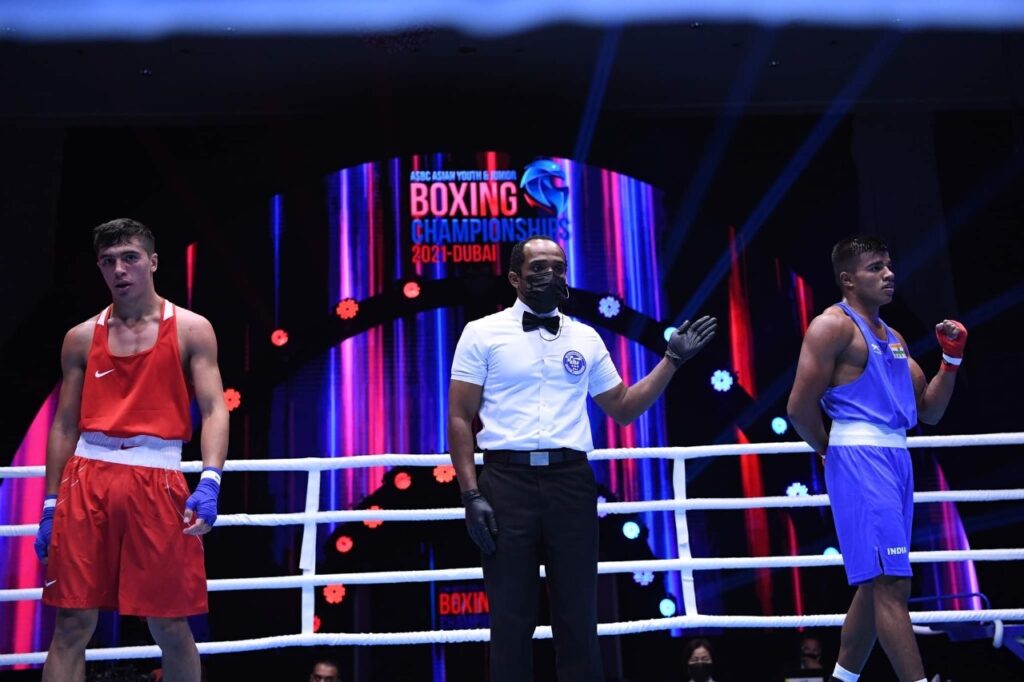 Dubai: Vishvanath Suresh and three other Indian men boxers made it to the semifinals on the fourth day of the ASBC Asian Youth & Junior Boxing Championships here on Tuesday.

Vanshraj (64kg), Daksh Singh (67kg) and Jaydeep Rawat (71kg) were the other three pugilists to enter the last-4 stage and confirm medals for the country.

Vishvanath gave India a perfect start to the day as he outperformed Zholbborosov Amantur in the men’s 48kg quarterfinal and secured a dominating 5-0 win. The Kyrgyz boxer Zholbborosov was no match for Vishvanath as the Indian, showing tactical brilliance and great power, held advantage over his opponent throughout the match.

Vanshaj too claimed an identical victory against Tajikistan’s Makhkamov Dovud while Jaydeep was declared the winner with Referee Stopping the Contest (RSC) in the second round against the local boy Eissa Mohammed Alkurdi. On the other hand, Daksh had to fight hard against Kyrgyzstan’s Turdubaev Eldar during his split 4-1 victory.

Having already secured themselves and the country medals, seven Indian junior pugilists, including four girls, will aim for a spot in the final as they will fight in the semifinals on Day 5 of the prestigious continental event, in which both the age groups — junior and youth — are being played together for the first time.