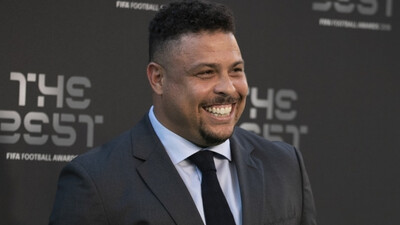 The 45-year-old has recently acquired a majority stake in the Brazilian club Cruzeiro Esporte Clube, simply known as Cruzeiro. He was expected to be present at the club’s 101-year anniversary but now the former Real Madrid and Inter Milan star would not be able to attend the celebrations.

“Cruzeiro reports that this Sunday morning Ronaldo Nazário tested positive for COVID-19. This makes it impossible for him to go to Belo Horizonte today, as well as his presence in the commemorative actions for the club’s anniversary,” the club tweeted on Sunday.

Having played in four FIFA World Cups and won two of them for Brazil, Ronaldo was considered one of the best strikers in the world at his peak. His record of scoring 15 goals in the World Cup was only broken by Miroslav Klose of Germany in 2014.

The Brazilian adds to the list of football personnel infected with the virus. PSG forward Lionel Messi was among four players from the French club who were revealed to have tested positive earlier on Sunday.

The leagues around Europe and the Premier League are also grappling with the sudden surge in COVID-19 cases.