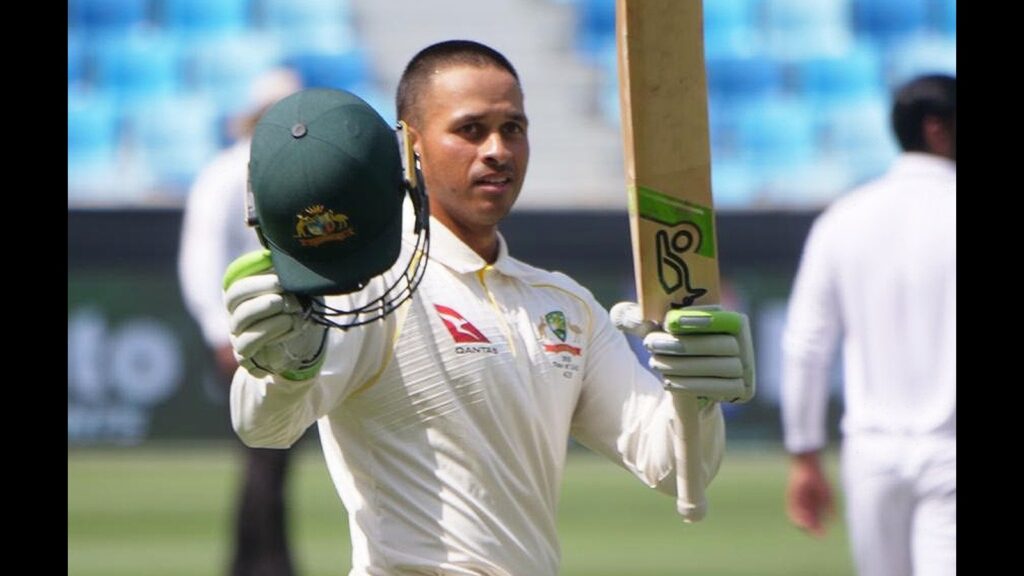 Sydney : Australian batter Usman Khawaja, who will likely replace Travis Head in the fourth Ashes Test at Sydney, said on Sunday that he fully understands that he would be replaced once Head recovers from COVID-19 and is back for selection.

The 35-year-old Khawaja is Australia’s reserve batter for the Ashes and has not played in the three Tests against the Joe Root-led side so far. But the Pakistan-born cricketer’s chance has brightened, as Head has tested COVID-positive and is in isolation in Melbourne.

“If I do play, it’ll only be for one game. ‘Heady’ (Head) will come back next game, I understand the situation,” Khawaja told sen.com.au on Sunday. It will be the first change in the Australian batting line-up throughout the series.

In heartening news for Australia, all its squad members, barring Head, continue to test COVID-negative even though Cricket Australia (CA) has added Nic Maddinson, Mitch Marsh and Josh Inglis to the squad as batting cover.

However, Khawaja — who made his debut at the SCG in the 2010/11 Ashes series — is set to play his first game in national colours since more than two years.

“I’ll potentially have one game here for Australia. Hopefully I can go out there and score a hundred in the absence of ‘Heady’. I know there’s still a lot of cricket to come up in the subcontinent, which I feel I’m very suited to too (and) I’m looking forward to hopefully being a part of,” said Khawaja.

Khawaja and Head were contenders for Australia’s No. 5 slot ahead of the Ashes, but the latter narrowly missed out. The 28-year-old Head has justified his selection and is averaging 62 after the first three Tests including a century in that opener at The Gabba.

Khawaja has also been in fine form in the Sheffield Shield, but has missed out on domestic cricket for nearly a month after being included in the Australian squad. The 35-year-old acknowledged that it’s tough sitting on the sidelines, but is confident he can find his feet in what might be his last Test for Australia.

“I haven’t played for maybe a month now, so it does make it a little different. Hopefully if I play and get out there and bat for half an hour and get into it, I should find that sync again. I’ve been batting in the nets, but anyone will tell you it’s not the same. I’ve stayed as ready as I can on the sideline,” added Khawaja.

The SCG Test commences on January 5.