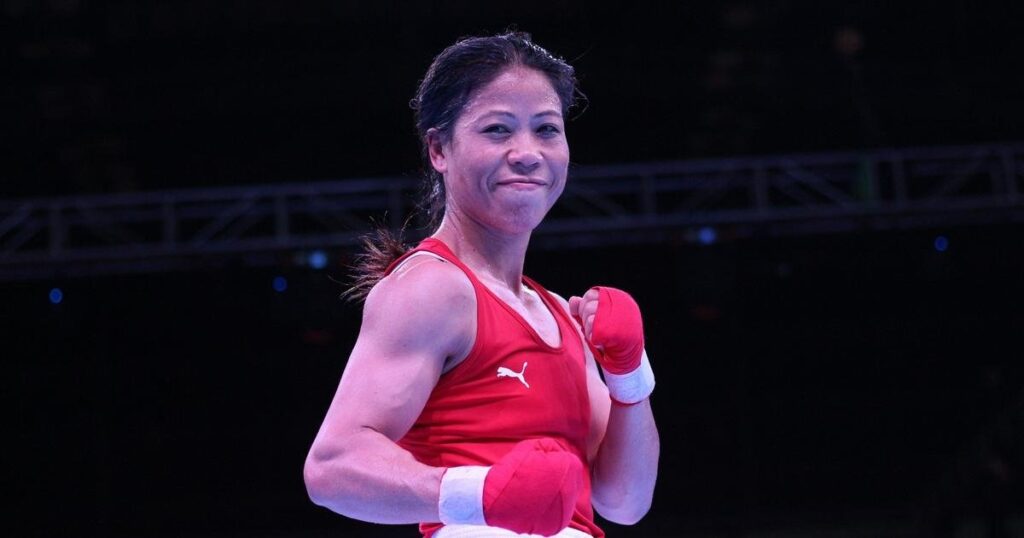 Mumbai,  Mangte Chungneijang Mary Kom, India’s most accomplished woman boxer, is gearing up for what probably would be her final tilt at the Olympics.

The 38-year-old from Manipur, who won a bronze medal in the flyweight (51kg) at the 2012 Games in London, where women’s boxing made its Olympic debut, is a six-time World Champion. She has also bagged a gold medal each in the Asian Games and Commonwealth Games and has the Asian Championship gold five times. The 13 gold medals that she has won across all major competitions make her the best woman boxer India has ever produced.

Mary Kom will be gunning for her second Olympic medal in Tokyo. And going by her record so far, she probably has a good chance of achieving the feat.

Born on November 24, 1982, in an impoverished tenant farmer’s family in Kangathei village in Churachandpur district of Manipur, Mary Kom has fought poverty, lack of infrastructure, and societal stereotyping — that boxing was too macho and injuries would affect their marriage — on way to success in the ring.

Though she dabbled in volleyball, football, and athletics during her school days, Mary Kom took up boxing in 1998, inspired by the success of Dingko Singh, who bagged an Asian Games gold for India after 16 years and spawned a culture of boxing in Manipur.

Mary Kom made rapid progress — moving from state to national level within a few years and bagged her first World Championship gold in 2002, the first Indian woman boxer to do so. She went on to win five more gold medals in World Championships. What made her success more credible is the fact that she achieved a lot of it after her marriage and the birth of two sons.

Nicknamed ‘Magnificent Mary’, she was honoured by Padma Vibhushan, India’s second highest civilian award, last year and had earlier bagged the Rajiv Gandhi Khel Ratna, the highest sports prize of India, and the Arjuna Award. She was nominated to the Rajya Sabha in 2016.

Having achieved all that the sport has to offer, Mary Kom is again going for a second medal in the Olympics.

Having moved up to the 51kg weight category, Mary Kom, who qualified for Tokyo Olympics via the Asia/Oceania Olympic Qualifying event, is currently training with the Indian team in Assisi, Italy, since late June and will be going directly to Japan from there.