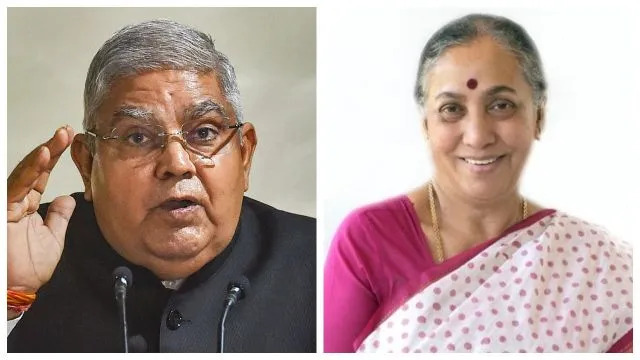 While the number jacks up in favour of the NDA candidate, Alva, a senior politician, has pitched for a conscious vote.

The voting will begin in Parliament House complex and MPs will cast their ballots.

The Vice President is elected by an electoral college consisting of members of both Houses of Parliament, in accordance with the system of proportional representation by means of the single transferable vote and the voting in such election is by secret ballot.

The Electoral College to elect a person to the office of the Vice President consists of all members of both Houses of Parliament.

The Vice President is not a member of either House of Parliament or of a House of a Legislature of any state.

If a member of either House of Parliament or of a House of a Legislature of any state is elected as Vice President, he is deemed to have vacated his seat in that House on the date he/she enters his office as Vice-President.