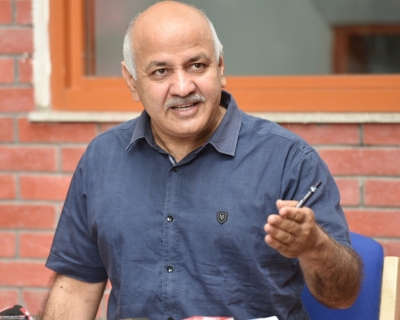 New Delhi: A week after the Delhi government announced its decision to scrap its new liquor policy, Deputy Chief Minister Manish Sisodia on Saturday said that he had written to the CBI to investigate former Lieutenant Governor Anil Baijal’s change of stance on opening of liquor shops in unauthorised areas.

“I have written to the CBI to probe ex-LG’s change of stance on opening of liquor shops in unauthorised areas,” he said at a press conference.

The new liquor policy of the AAP government had emerged as a flashpoint with Lieutenant Governor Vinai Kumar Saxena recommending a probe into the government’s excise department by the Delhi Police’s Economic Offences Wing due to alleged irregularities in its new liquor policy. Saxena also recommended a CBI probe into the policy and directed Delhi’s Chief Secretary to submit a report detailing the “role of officers and civil servants in its illegal formulation, amendments and implementation.”

“Shops have not been able to open in unauthorised colonies due to this change in stance. Without discussing this with the cabinet or government, the L-G changed his decision,” he said. “The most important thing here is that some shops were allowed to open and others were not. Those who were allowed to open shops made profits and others faced losses.”

“Why was this decision changed 48 hours before? Which shop owners made a profit? Did the L-G make the decision himself or under pressure from someone? I have written to the CBI asking for a probe,” Sisodia said. On November 15 last year, two days before the implementation of the policy, the LG changed his stance, adding a condition wherein permission had to be sought from the Delhi Development Authority and the Municipal Corporation of Delhi for opening liquor shops in unauthorised areas, he alleged.

When the AAP government was preparing the liquor policy, Baijal was the Delhi Lieutenant governor. Sisodia said it should also be probed why Baijal changed his stand that benefited some players and caused financial losses to the government. It should also be probed if the former LG took the decision under pressure and whether any BJP leader had anything to do with it, the Deputy CM added.