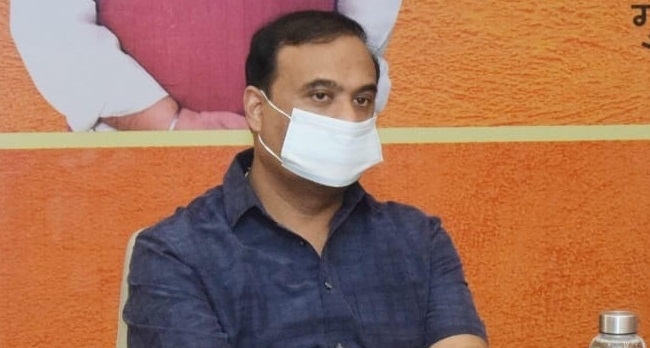 Kohima/Shillong/Agartala/Guwahati, With a surge in the number of Covid-19 cases, the northeastern states have taken diverse actions, including imposition of night curfew and closure of educational institutions, to prevent the spread, officials said on Tuesday.

The Assam government on Tuesday ordered that all markets, shops and malls to shut by 6 p.m. Chief Secretary Jishnu Barua, in an order, said that the government permitted 50 per cent of lower-level staff to work from home in the districts having 100 or more active coronavirus cases.

State Health and Family Welfare Minister Himanta Biswa Sarma, meanwhile, said that Covid neutral certificates from other states would not be accepted and all air and train passengers would have to undergo both Rapid Antigen and RT-PCR tests on reaching Assam. The text reports would be available within 24 hours, till which time the passengers should stay in isolation.

“Assam’s Covid situation is mostly linked to people with travel history. There would be no night curfew and lockdown in Assam as the situation is under control,” the minister told the media in Guwahati.

Sarma, in a tweet, said: “Districts where the number of Covid-19 cases are more than 100, classes at Upper Primary, Secondary and Senior Secondary levels will run with 50 per cent attendance. The same will also apply for classes in colleges & universities of such districts.”

The Nagaland and Tripura governments have ordered closures of educational institutions.

In Meghalaya, the night curfew in East Khasi Hills District, in which capital Shillong falls, has been extended for another week until April 25. The state government also announced a series of measures, including banning entry of tourists from other states. Chief Minister Conrad K. Sangma said that all schools will close till May 4 in Shillong area and government and private offices will function with 50 per cent attendance.

Night curfew and various other restrictions continue to be in effect in Mizoram capital Aizawl and other parts of the mountainous state.

Imposing partial lockdown in Aizawl and 10 other districts, Chief Secretary Lalnunmawia Chuaungo, in an order, said that the recent spurt of positive cases is alarming for the medical community.”It is considered necessary to impose restrictions on people’s movement and activities for a certain duration in order to break the disease transmission chain and to facilitate testing and contact tracing,” he said asking the officials to further tighten the restrictions.

The Nagaland government ordered the closure of all the schools in the state, including residential ones, for students of classes 1 to 8 with immediate effect. Chief Secretary J. Alam, in his order, said that regular classes for students of 9 to 12 will continue for now following the necessary SOPs.

In Manipur, the state government has imposed night curfew in the entire state from 7 p.m. to 5 a.m.

Meanwhile, Arunachal Pradesh has made testing compulsory for all people entering the state.

Tripura Education Minister and government spokesman Ratan Lal Nath said that there will be no night curfew and lockdown in the state, but all educational institutions – primary to university level – would remain closed for an indefinite period. However, the ongoing examinations would continue as scheduled.

All the northeastern states also restricted participation in various functions being organised in any auditorium or hall or open fields.