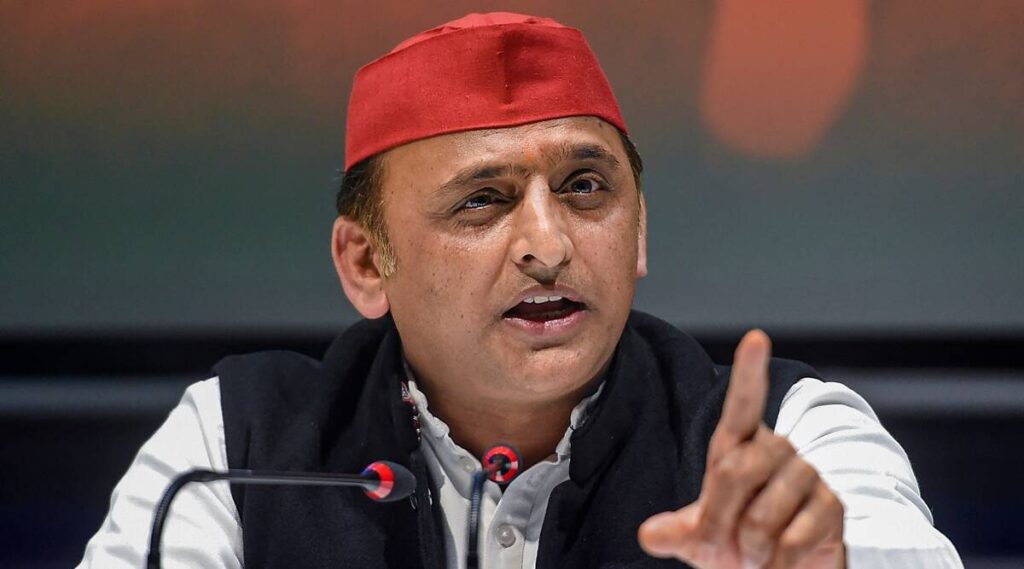 Lucknow: Samajwadi Party president Akhilesh Yadav on Wednesday said that the health services in Uttar Pradesh have completely ‘collapsed’ and the situation is worse in villages, as compared to cities.

Uttar Pradesh has registered a record increase in Covid-19 cases during the past seven days.

“Health services in the state have collapsed. The situation is bad in cities but it is worse in villages, where there is no one to address the problems of the poor,” he said in a statement.

Yadav further said, “Chief minister Yogi Adityanath is allergic to the work carried out during the SP’s regime, and is playing with the lives of the people. He could have easily converted buildings made in our regime into Covid facilities but he did not do so. Now the government has decided to convert cancer hospital, Haj House, Awadh Shilpgram built during the SP’s regime into Covid centres.”

Akhilesh further said that, “The priority of the BJP government and its chief minister is to remain in power and win elections without caring about the spread of coronavirus at his rallies. There is no value of people’s lives for the BJP.”

Yadav alleged that the BJP government has been fooling people for the last four years.”Due to the lack of coordination among administrative officers, the situation is worsening day by day,” he claimed.

“The Yogi government has handed over the state to vultures who are targeting the common man by realizing fines and black marketing essential commodities,” he alleged.

He said that there was a sense of complacency in the ruling BJP which had worsened the second wave of the pandemic.

He added that the lack of coordination among the different government agencies had further aggravated the situation.

Meanwhile, in another statement, leader of opposition in the state Assembly and senior SP leader, Ram Govind Chaudhary, demanded the withdrawal of a state government order to impose a fine of Rs 10,000 on those found without masks for a second time.

“The party, whose Prime Minister and chief minister attend rallies without wearing masks, does not have the moral right to penalize the common man for not wearing a mask,” he said.