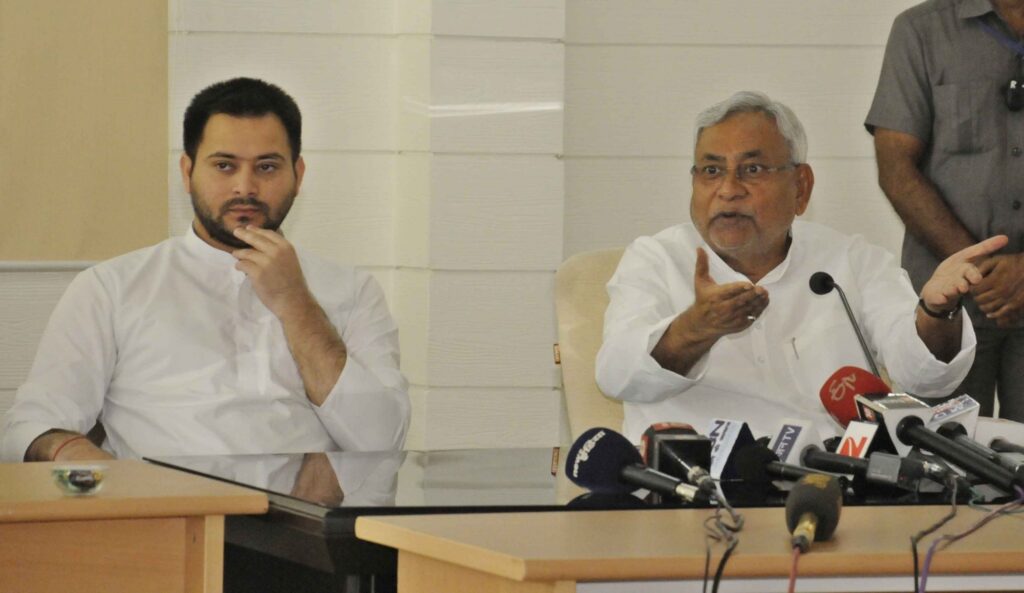 “Chief Minister Nitish Kumar, instead of working for the development of Bihar, is focusing on sabotaging a political party. The people of Bihar would be benefited if he would do just the opposite,” Tejashwi Yadav said in Patna where he reached after a two-month stay in Delhi, on Wednesday.

“Everyone knew who has engineered a split in the LJP. Nitish Kumar is directly responsible for it. He was also involved in breaking the LJP in 2005, 2010 and 2020,” Tejashwi said.

Tejashwi said that the fuel prices are skyrocketing. Unemployment is at an all time high, youths are roaming on the streets with degrees in hand. But the chief minister behaves like an innocent person. He has no idea about the inflation and price rise of commodities. Small businesses are closing and people in Bihar are heading towards destitution and Nitish Kumar is trying to destroy Bihar in his remaining life.

Tejashwi also suggested to Chirag Paswan to leave the lure of the saffron party and think about his future.

“It is time for Chirag Bhai to take political decision for future. It’s up to him what would he do but the time has come for him to leave those persons having bunch of thoughts,” Tejashwi said.

Rebutting his allegation, Nitish Kumar on Tuesday said that his party has no role in breaking the LJP.

“We have no role in whatever is going on in the LJP at the moment. I don’t know why they are dragging JDU and its leaders into it. I believe, they blamed us to achieve publicity,” Kumar said while interacting with media persons on Tuesday.