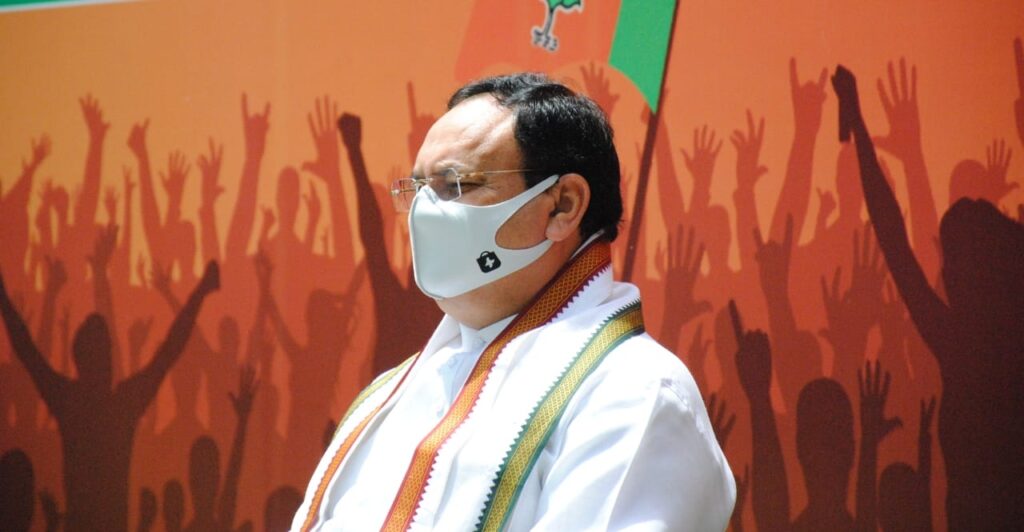 He was speaking at the party national headquarters while participating in multiple events organised to observe the death anniversary of BJP ideologue Dr Syama Prasad Mookerjee.

Speaking on the occasion, Nadda said, “Opposition parties are becoming a hindrance in the fight against Covid. First they did politics over the lockdown, then raised questions about the vaccine. Congress leaders made statements misleading the people but got themselves secretly vaccinated.”

Talking about the ongoing vaccination drive, Nadda said. “The vaccination campaign is going on in full force in the country. By the end of this year, 257 crore vaccine doses will be made available and India will be ready to give complete two doses to everyone.”

He pointed out that every country has fought the battle against Covid in its own way, but countries more powerful than us, whose health services were better than ours, also found themselves helpless.

He lauded the Centre’s efforts to manage Covid and said, “By taking the right decision at the right time for managing a country with a population of 130 crore, Prime Minister Modi ji has done very commendable work.”

Attacking the opposition parties, Nadda said, “All the political parties in the country are just doing pure politics. But BJP is the only party that has a social side as well, which works with the goal of fulfilling the responsibility of the society. Therefore, it sometimes organises a ‘Sewa Hi Sangathan’, blood donation camp, and arranges oxygen for the people, providing food and ration to the needy. We also prepare our workers for social responsibility.”

Talking about the life of Dr Mookerjee, the BJP Chief said, “He was one of the leaders of independent India who sacrificed his life for the unity and integrity of the country. His entire life was full of achievements as well as sacrifice.”

“Taking inspiration from the life of Dr Mookerjee, crores of BJP workers are working for the unity and integrity of the country. The true tribute to Dr Mookerjee is that we follow the path shown by him and work to take the idea forward.”