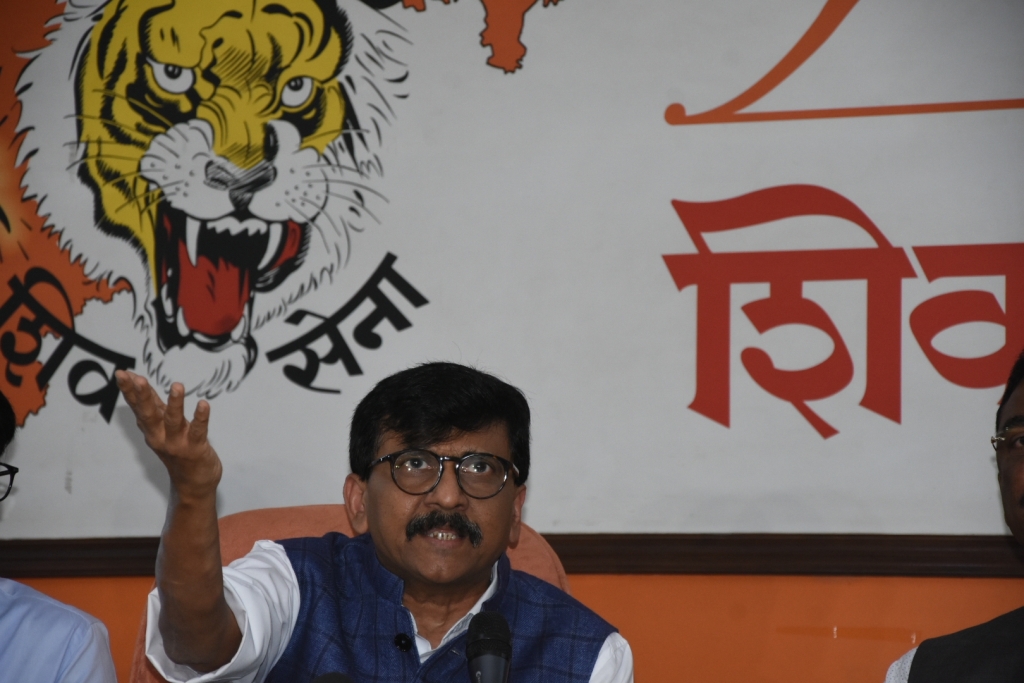 Mumbai : The Shiv Sena has vowed to “teach a lesson” to the Bharatiya Janata Party by contesting all 403 seas in the upcoming Uttar Pradesh elections, plus the Goa polls, both due to be held in early-2022, top officials said here.

The pre-poll bugle was sounded after a high-level meeting of Sena leaders, led by the state president Thakur Anil Singh in Lucknow, after deliberating on what it termed as ‘jungle raj’ prevalent in UP under Chief Minister Yogi Adityanath since the past four-and-half years.

“We deliberated on several issues ranging from the education system to the healthcare sector, the bungling of the Covid pandemic, the problems of farmers, the spectre of unemployment among youth, etc,” said UP Shiv Sena Secretary Vishwajeet Singh.

Confirming the developments, Sena’s Chief Spokesperson and MP Sanjay Raut said that as per current plans, the party may put up at least 100 candidates in UP and 20 in Goa polls.

In a no-holds barred attack, Singh said that the (UP) regime has joined hands with the ‘mafia’ resulting in a ‘jungle raj’ where sisters and daughters are not secure, and the government has completely failed on the law-and-order front.

He charged the Yogi regime of not honouring the Supreme Court verdict giving 15 per cent fee remission to students, while youth reeling under unemployment and inflation are fleeing the state.

“The UP government is giving a step-motherly treatment to the farmers, the health infrastructure has collapsed and they could make no arrangements to even cremate those claimed by Covid,” Singh said.

“However, now the Sena will stand up ‘as the voice of the masses’ and ‘teach a lesson’ to the BJP in UP by contesting all the seats in the state assembly,” he said.

“We have been fighting UP elections since 1991 when one MLA Pawan Kumar Pandey was elected. We also have many Shiv Sainiks elected in various civic bodies across the state,” Singh on the party’s prospects.

Welcoming the move, Sena’s farmer face Kishore Tiwari, accorded a MoS status, said tersely: “The people of UP have not forgetten those dead bodies floating in the Ganga though the Yogi government refused to acknowledge the mess it made during the Covid pandemic.”

He also questioned the safety of women, the Dalits and OBCs, minorities and other sections under Yogi rule and said after Maharashtra, “UP will prove to be a mega-gamechanger for the BJP.”

Founded 55 years ago (1966) by the late Balasaheb Thackeray, the Shiv Sena has contested civic, assembly or Lok Sabha polls in several states like Delhi, Gujarat, Bihar, West Bengal, Goa, Karnataka and Jammu & Kashmir in the past but was mostly mauled.

This time, buoyed by heading the Maha Vikas Aghadi alliance of Sena-Nationalist Congress Party-Congress, it hopes to create a national foothold by making an impact in UP and Goa polls

Though Sena has not declared plans for alliances, party sources hint it is not averse to join hands with the UP Congress since relations between Sena-BJP – both on the same ideological page – are badly strained after the MVA government took office in Maharashtra.

Simultaneously, Congress General Secretary Priyanka Gandhi Vadra had said her party was ‘open’ to the idea of alliances, while the UPCC chief Ajay Kumar Lallu has said they would ally with smaller parties in the coming months.