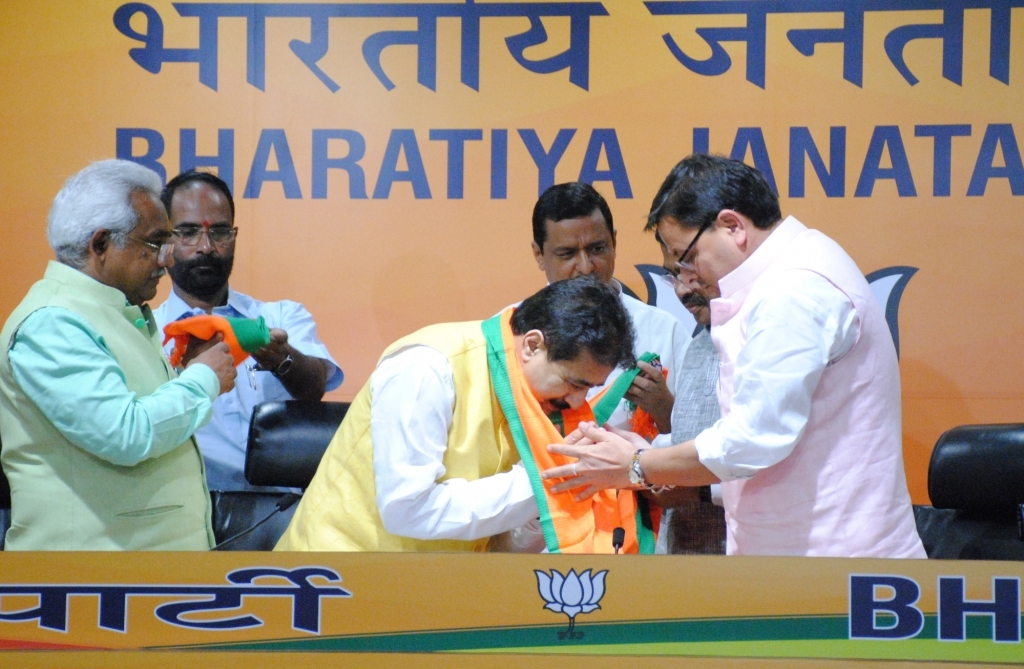 Welcoming Rajkumar in the party, Kaushik said, “He is two term MLA and a tall Scheduled Caste leader having influence across the state. He worked through his life and always helped the poor. On many occasions, he lauded the good work of the BJP government for SC community and the poor, going against the party line. His joining will help the BJP.”

Chief minister Dhami said, “He always worked for the poor and deprived sections of the society. The BJP government is working for the development of the state under the leadership of Prime Minister Narendra Modi and Kumar will strengthen the party at ground level.”

Calling him a ‘Jan Neta’ (mass leader), union minister Pradhan said, “Double engine government under the leadership of Prime Minister Modi and Chief Minister Dhami is working for the development of the state.”

Inspired by Prime Minister Modi, Rajkumar, after joining the BJP, said, “While establishing country as global force, Prime Minister Modi has ensured all round development of Uttarakhand. The BJP government has built all weather roads providing better connectivity, rail connectivity in the hills. During Covid, it served the people by providing free ration under Pradhan Mantri Garib Kalyan Anna Yojna and provided health protection under Ayushmann Bharat.”

He blamed Congress for ignoring SC community since independence.

“While BJP is working to make SC community independent and self reliant, the Congress has made them dependent on subsidies since Independence. Today, I joined the BJP after seeing its work in Uttarakhand,” Rajkumar said.

On September 8, Pritam Singh Panwar, an independent MLA from Dhanolti assembly constituency of the state, had joined the saffron camp in the national capital.