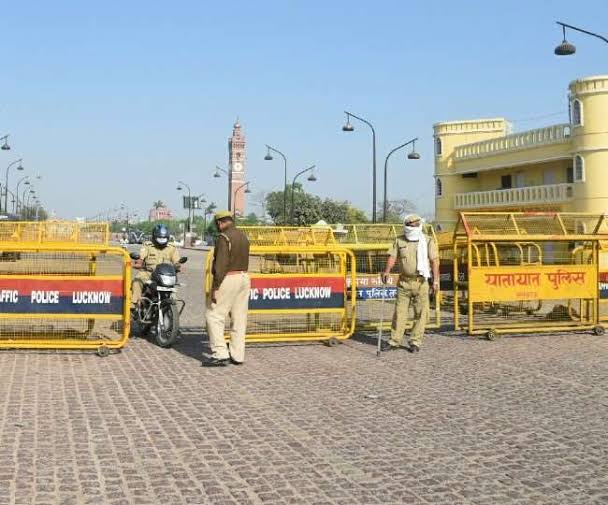 New Delhi: The Supreme Court on Tuesday granted an interim stay on the Allahabad High Court order directing lockdown in five cities of Uttar Pradesh in the backdrop of the worsening Covid-19 situation.

Solicitor General Tushar Mehta, representing the Uttar Pradesh government, said the state government has accepted several directions of the High Court, but imposing lockdown in five cities would not be appropriate.

Mehta added that the state government has issued several directions to contain the spread of Covid-19 and it has been taking adequate precautions. A bench headed by Chief Justice S.A. Bobde queried, it would be as rigorous as a lockdown, but the High Court had observed that they are nowhere close to a complete down? After a hearing in the matter, the bench said: “In these circumstances there would be interim stay of the order.”

The top court observed that Mehta had submitted that the blanket lockdown imposed by the High Court in five cities in terms would create immense administrative difficulties.

The top court also appointed senior advocate P.S. Narasimha as amicus curiae while directing the state government to submit a report on steps it has taken and that it proposes to take to contain the pandemic. The next hearing in the matter will be held after two weeks.

The Uttar Pradesh government had moved the Supreme Court challenging the order passed by the Allahabad High Court imposing a near total lockdown in five cities in the state.

Earlier, during the day, Solicitor General Tushar Mehta mentioned the matter before a bench headed by Chief Justice seeking urgent listing. Mehta submitted that a virtual lockdown has been imposed by way of a judicial order in cities like Prayagraj and Lucknow. He urged the top court to hear the matter at the end of the board.

Five cities in Uttar Pradesh — Prayagraj, Lucknow, Varanasi, Kanpur Nagar and Gorakhpur — have been placed under curbs till April 26 to arrest the spread of the Covid-19.

On Monday, the Allahabad High Court directed the Uttar Pradesh government to close all establishments private or government-run in these cities. However, the court exempted those offering essential services and clarified that it is not imposing a lockdown in all of Uttar Pradesh.

The High Court pulled the government for its lack of response emphasizing that the medical system could collapse, if urgent measures are not taken.