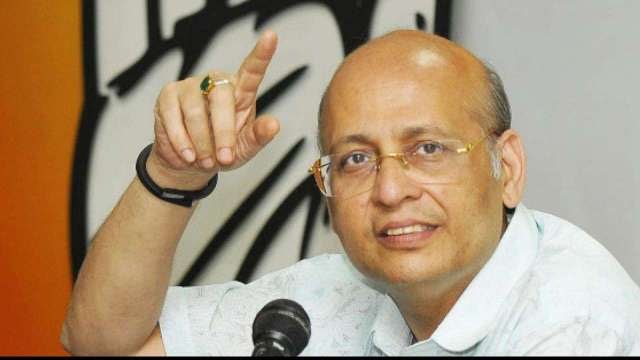 New Delhi: A day after the apex court heard the Covid situation in the country, the Congress has said its wrong that the Supreme Court has intervened in the matter.

Addressing a press conference on Friday, Congress leader Abhishek Manu Singhvi said, amidst this crisis, the Hon’ble SC’s intervention on April 22, 2021 is totally uncalled for. Unfortunately, it is wrong, wrong and wrong.”

The Congress leader said that it is wrong because it is not suo motu ameliorative but a reaction to palliative High Court orders.

He said its wrong because, “the SC has not done, and perhaps because of its apex nature could not have done, what diverse HCs have done, especially what the Delhi HC did at 9 pm to give some relief to the oxygen starved aam aadmi of Delhi.”

He also said that SC should not at the 11th hour, with one day’s notice, and on the very last day of the incumbent CJIs term of office, have virtually paralysed ongoing action in the country giving a healing touch to local problems at the local level.

After the Covid cases crossed three lakhs, the Congress has alleged that the government instead of managing the crisis in the country exported crucial medecines to foreign countries. It also crticised the apex court for hearing such cases when High Courts have been doing.

Singhvi said, “Instead of managing our own crisis, the government has been exporting crucial elements. In the past few months, it has exported 6.5 crore doses of vaccines; 11 lakh Remdesivir injections; 9300 MT of Oxygen; 2 crore COVID testing kits every month.”

The Congress leader said that India currently stands at the first position in the World and is taking 9 days to double the cases. It also stands possibly number one and certainly number two in terms of daily Corona deaths and now occupies the second position in total number of infections, but is moving fast to outstrip all others.

Both the number of new cases and the percentage of positive tests are climbing at the fastest rate in the world, with the latter jumping from 3 per cent last month to 16 per cent. Delhi is reporting 25,000-30,000 cases everyday and the number of cases is doubling every five days.

The rate of ICU patients in Nagpur at 353 per million is higher than it was anywhere in Europe during the pandemic. Mumbai, the financial capital, has more than 194 ICU patients per million, said Singhvi.